Exhibition of mini-displays in Limerick to attract large crowds 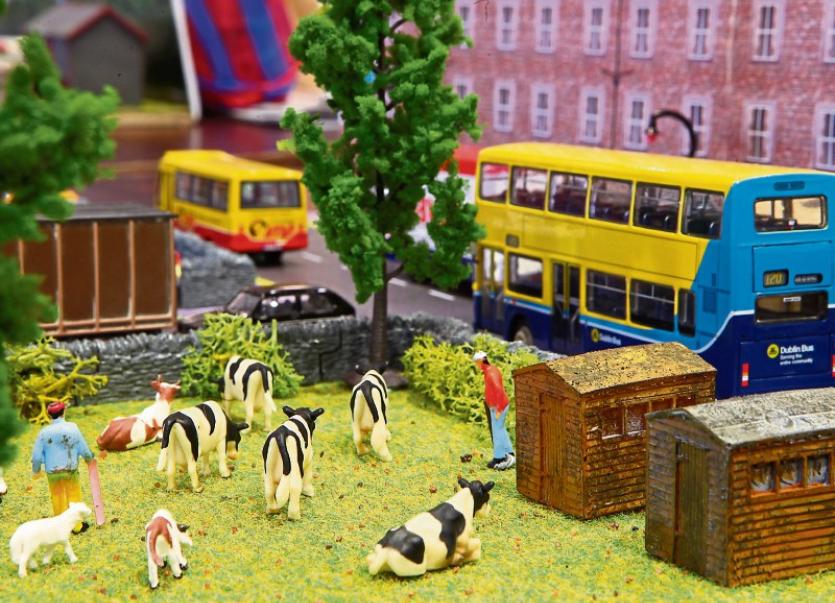 VISITORS to the sixth diecast model and diorama show in Limerick will see everything from the White House made out of Lego to a 30-foot long construction showcase.

Even Superman’s fortress of solitude will feature in the event taking place in the South Court Hotel this Sunday, September 18, from 10am to 6pm.

The man behind the show is Mark Tierney from Caherconlish. Their chosen charity again this year is Limerick Animal Welfare. Mark, of M&M Diecast Models, says they have a stellar line-up on Sunday.

“Due to the success of the previous five years we already have several traders and displayers booked in and confirmed,” said Mark. They include Tekno models trucks, agri models, wooden cabinets, doll’s houses and Mark’s own models.

“We have a great variety of displayers showcasing their model  dioramas  and collections, ranging from trucks, farm, plant and construction, cars, trains and this year even lego.

"This year we have a very special show feature. Well-known collector and enthusiast from Fedamore, John Cusack is having a construction exhibition called from Ireland To Bauma. It will incorporate all the leading brand names of machinery used in the construction industry in diecast form. This diorama will consist of two tables spanning 30 foot long by eight foot wide with a bridge linking both tables,” explained Mark.

It is going be one of the biggest construction and mining diecast model dioramas ever put together, he says.

To date, the model and diorama show has raised €5,000 for Limerick Animal Welfare and they will have their own stand on Sunday.

“They do fabulous work in caring and rehoming abandoned and mistreated animals. It is hard to believe that their new sanctuary in Kilfinane is full to over flowing and they are grateful for all donations received. This service is completely run by volunteers who give up their own valuable time - day and night – to keep this charity going,” said Mark.