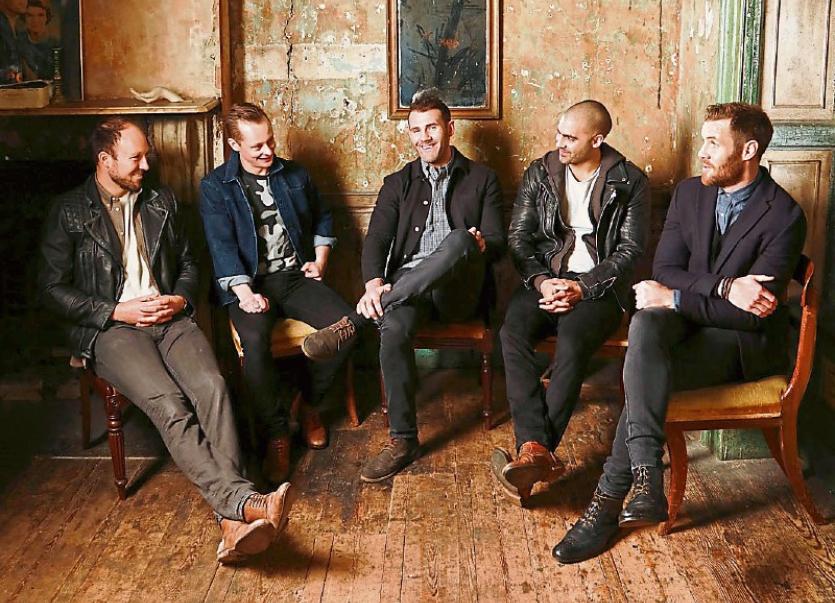 HERMITAGE Green will play a gig on the main stage at this year’s Electric Picnic, leading the way for a large contingent of local acts making their way to Stradbally in September.

The five piece, who released debut studio album Save Your Soul on Sony Ireland earlier this year, will perform on the main stage on the Saturday of the September 2 – 4 music and arts festival, which is long sold-out.

It represents a major jump for the Limerick five piece, who previously played the Electric Arena in 2013 and the Salty Dog stage the year before.

”We had a massive crowd when we played the Electric Arena, about 6,000 people, which was absolutely mindblowing for us,” said Barry Murphy of Hermitage Green.

“So to have gotten the main stage is something we have always had a goal of. We probably didn’t think we would get it this soon, but we are just absolutely blown away and overwhelmed. You get to play in front of anywhere between 10,000 and 20,000 people, so to get on that bill and that stage, we are just really excited and can’t wait to play our music to all of those people,” he added.

Making their debut appearance at the festival are fellow local rockers Fox Jaw, who are marking ten years together in 2016.

Shane Serrano said the band, who will play in the Jerry Fish Electric Sideshow along with The Strypes, The Academic and others were “delighted” to be playing at the festival.

“This is the first time in our ten years together to play the Picnic. It is the one festival, we have probably played every other festival in the country, but for whatever reason, this one has always escaped us, which we have been baffled by,” he laughed.

“This year it fortunately is happening and it is possibly on one of the best stages at the festival. Being at it last year and seeing all the bands that played there, it is the right sized tent and there is a great atmosphere.”

Also making the short hop to Stradbally are the Limerick based hip-hop/electro trio Rusangano Family, who also released a debut this year in the form of the astonishingly good Let The Dead Bury The Dead. Rusangano play the Other Voices stages at Electric Picnic.

Noiseniks White Cholera – featuring Dave Blake of the Brad Pitt Light Orchestra – will also play the Jerry Fish Electric Sideshow stage for some “Picnic madness”, Mr Blake tells us – which is one show not to be missed.

Long time Picnic attendees Karl Spain and The Rubberbandits will be doing their respective thing in the comedy tent, while Blindboy Boatclub will be chairing The Twenty One Sixteen Parliament and hosting What the F**k is Culture Anyway? in the Mindfield area.

Check out Paddy Dennehy and the Red Herring, another band with strong links to Limerick, who play during the weekend of the festival, headliners for which include a reformed LCD Soundsystem, Lana Del Rey, the Chemical Brothers and New Order, as well as Noel Gallagher, the 1975, The Shins, Bat for Lashes, Editors and more over three days.

There is a new area in the shape of Hazelwood, which will play host to an Electric Picnic exclusive as Cathy Davey plays her brand new album for the very first time in its entirety on the Friday night.

The Theatre of Food is one tip from us that is worth checking out, with Ralph Rolle, drummer with legendary band Chic – who have performed twice in Limerick in recent years – demonstrating another of his remarkable talents as he bakes a selection of his much loved and sought after cookies, as well as playing some of Chic’s best known songs.

It is Electric Picnic, where anything can happen.