Imelda May to rock Limerick's Live at the Castle 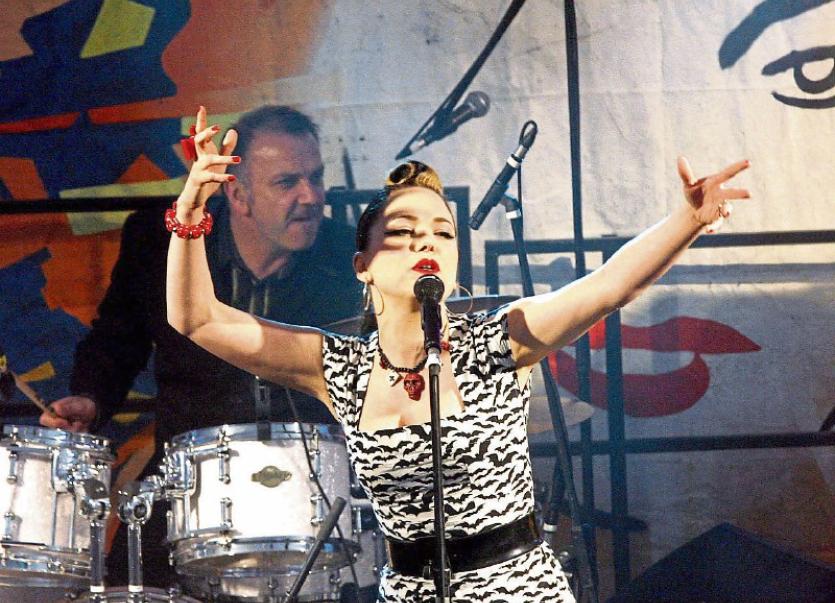 Imelda May performing in the Milk Market in 2011. She returns for a show in King John’s Castle Picture: Dave Gaynor

JUST a mere handful of tickets remain on sale for Imelda May’s much anticipated show in King John’s Castle this Saturday night.

The show, we are told by bookers Dolan's, is destined to be a sell-out, following in the wake of the huge Coronas’ show on the May bank holiday weekend which established the Live at the Castle venue as a force to be reckoned with.

May has a long standing relationship with Limerick, moving through shows at Dolan’s, followed by the Big Top venue at the Milk Market and now Saturday’s castle show in the stunning location of King John’s.

Dolan’s and Shannon Heritage are teaming up again for the show, as they did for the Coronas, with more shows to follow later in the year.

Mick Dolan, of Dolan’s Warehouse, said he was “delighted to welcome Imelda May back to Limerick”.

“Imelda is famed for her live shows and we believe the castle will be a prime backdrop to promote her immense talents,” he said.

Shannon Heritage CEO, John Ruddle, said: “We are delighted to once again be partnering with Dolan’s for our second ‘Live At King Johns Castle’ concert.

“Securing an artist of the calibre of Imelda May to perform at the castle is fantastic and will draw people from all over Ireland to Limerick which will be good for the city’s economy and good for music fans.

“I am sure this event will be hugely popular with the 2,000 people lucky enough to secure tickets for what we know will be a unique and memorable occasion.”

May is one of Ireland's most popular performers, the Liberties rockabilly musician’s third studio album Mayhem winning her a Choice Music Prize nomination in 2010.

It is going to be a special one, so don’t delay on tickets, which are €40, plus booking fee. It is a fully standing show. See www.dolans.ie.