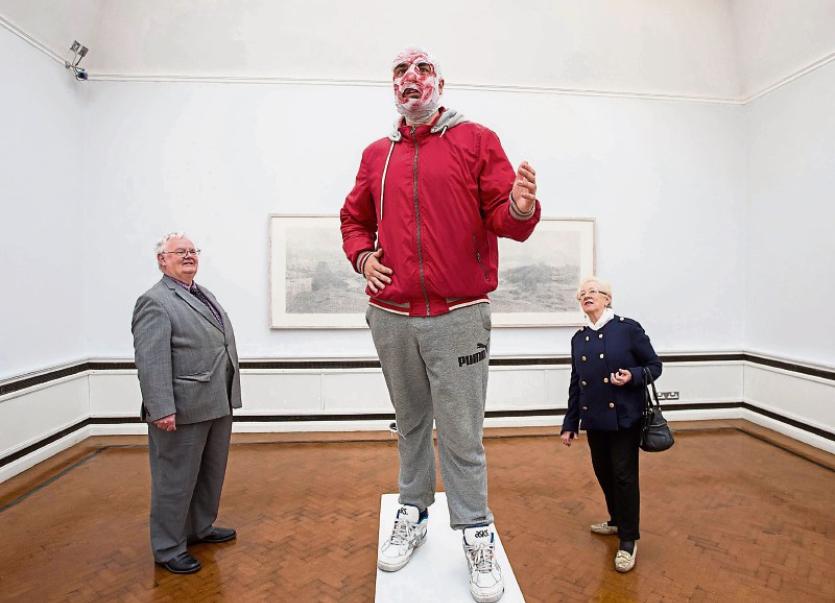 In an interview with the Limerick Leader before an energetically hilarious, crowd-alluring performance at Beatyard Festival at Dun Laoghaire harbour last weekend, Blindboy said when considering the release of new material, videos were major factor.

“I only looked in my computer the other day — I've been recording a piece of music three times a week for the past three years, so I've enough for a few albums in the vault. It's just a matter of getting the time to release something. Also, videos are a big deal for us and how we present the music, and they take time and money. Part of me just wants to start lashing tunes up on spotify with no videos. There'd be no harm in that,” he said.

Though the two Limerick lads have a busy schedule — writing and shooting two TV shows — they felt they couldn’t turn down an opportunity to be on the same poster as the Godfather of Funk, Blindboy said in an interview last week.

He said that he was equally honoured to be on the same line-up as Roy Ayers, who performed before Clinton and his mothership band, Parliament Funkadelic.

“Ayers is one of those lads I'd have come across when I was looking for samples over the past ten years. I'd be flaking through youtube or obscure mp3 collections looking for rare funk, and Roy Ayers was a lad who stuck out as something I'd regularly listen to. I grew up on rap, particularly west coast G Funk," said Blindboy.

“I heard Ayers when I was older, but his music helped me to learn how to produce hip-hop. Because, with his music, I was hearing what Dr Dre and DJ Quik listened to when they were growing up.

"When I first started recording music and learning production as a teenager, I would read the artists that the tracks sampled on the liner notes of rap CDs and then try and go and find those artists.

"Only for the early internet, I wouldn't have had a hope, because the Limerick shops didn't stock obscure funk,” he explained.