CD by members of Traveller community raises almost €7000 for charity 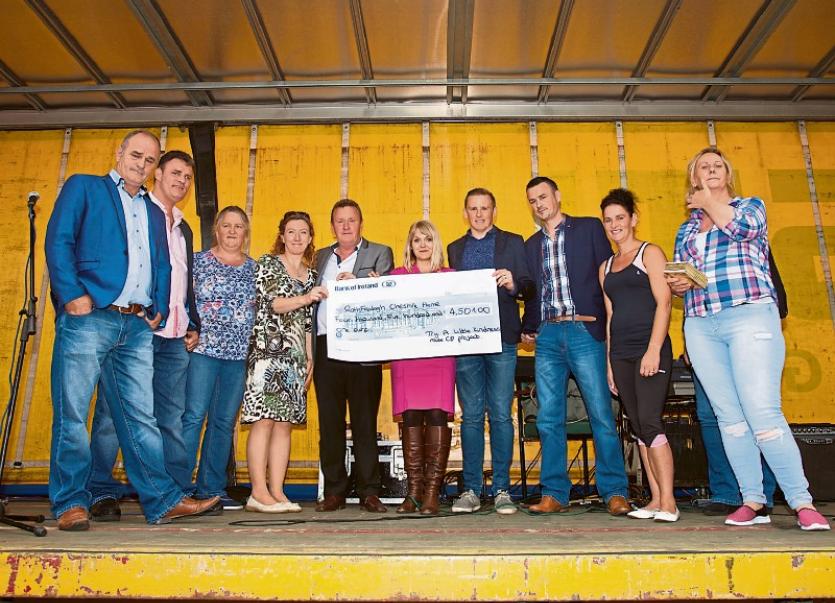 A CD featuring four members of a Traveller family from West Limerick has raised almost €7000 for charity.

And cheques were handed over earlier this  month to the Rathfredagh Cheshire Home and to Limerick/Tipperary Samaritans, the two charities named by the men behind the project.

The impetus for the CD Try a Little Kindness came originally from Willie Harty from Askeaton who was concerned about the high incidence of suicide in the Traveller community.

“It seemed as if we were going to a funeral to do with suicide every week and we wanted to do something,”Mr Harty said.

In a bid to do something about it, Mr Harty met with workers on the West Limerick Primary Health Care Project for Travellers last year where it was agreed to underrtake a project highlighting the issue.

“I had an unreal sense of helplessness. We had an idea to do something with horses but that just wasn’t practical. I did a bit of singing myself and other Traveller men I knew loved to sing, so out of this the idea to record a CD for suicide awareness was born,” Mr Harty said.

The aim of the project was to reach out to those  who were undergoing mental distress or had suicidical thoughts, let them know that help was there and encourage them to seek help. One spoken track on the CD drives this message home.

The CD features Willie Harty with his brothers Christy and Danny and their nephew Eddie and was launched in Rathkeale in March. Unfortunately, that  launch was marred by a brawl.  “But the message is the same just because there was a hiccough on the night,” Willie Harty told the Limerick Leader at the time.

Earlier this month, the four played at the annual Rathfredagh Garden Fete and presented a cheque for €4,501 to the Cheshire Home, a cause close to the hearts of the Harty family.  A further €340 was also donated. A cheque for €1929 was presented to John Downey, director of Limerick Tipperary Samaritans.

“A lot of hard work and effort went into the making of the CD and there is great credit due to them, their family and the community,” a spokesman for the organisation said.

The money will help maintain their services in the region, he added and they were delighted to get it.

As well as the CD, a radio documentary on the whole initiative has been produced by Keeshla Communications.  It is to be called Lean on Me and will focus on the different stages of the project.

“The story aims to reveal to listeners the magnificent journey that this group has gone on while also raising awareness around mental health,” explained co-producer Connie Broderick.

Copies of Try a Little Kindness are not on sale at the moment  as the fund-raising drive has finished.