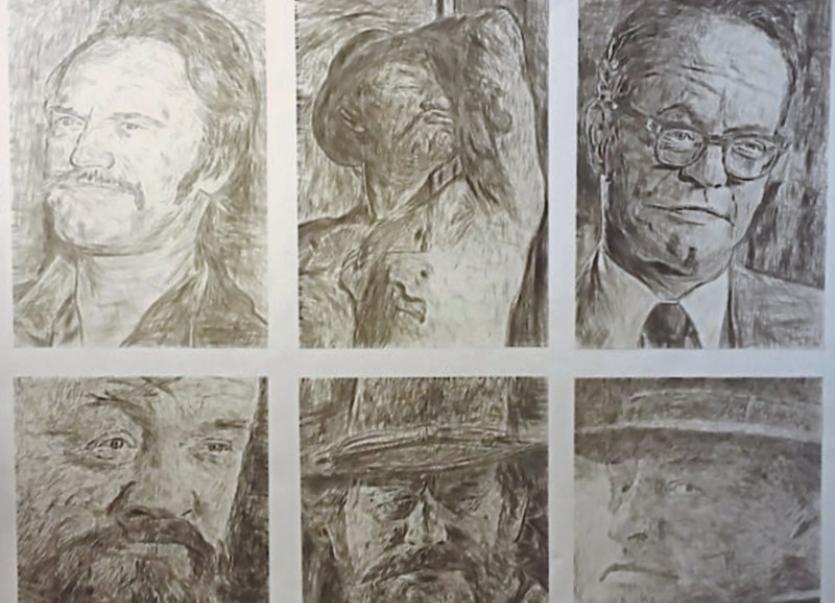 ACTOR Jared Harris, the star of Mad Men and son of one of Limerick’s one famous thespians, sat for Limerick artist Thomas Delohery for these sketches.

Delohery, who used to live on the Ennis Road but now resides in Australia, undertook these portraits for the prestigious Archibald Prize 2016. Finalists will be announced on July 7. The artist was in Limerick late last year in his role as artistic curator of the portrait competition under  the Richard Harris International Film Festival, and got Jared to sit for him.

The pair first met in Kilkee when the statue was unveiled in honour of Richard Harris in 2006. After drawing Jared from life, Delohery started the background/surface of the main painting by doing six further studies of Jared Harris in his various roles from The Notorious Bettie Page, The Curious Case of Benjamin Button, Mad Men, Sherlock Holmes. A Game of Shadows, Lincoln and Paganini, and The Devil's Violinist.

Delohery then incorporated these 6 studies onto the surface of his painting and then drew and painted his overall image of Jared Harris over them. The painting took over seven months to complete. The artwork is called, ‘Actor Jared Harris: More than the some of his parts’.

“When I was working on my painting of Jared Harris, I was very much inspired not just by Jared's abilities as a character actor but also by an old black and white photograph I saw one time of Irish born painter Francis Bacon,” he said.