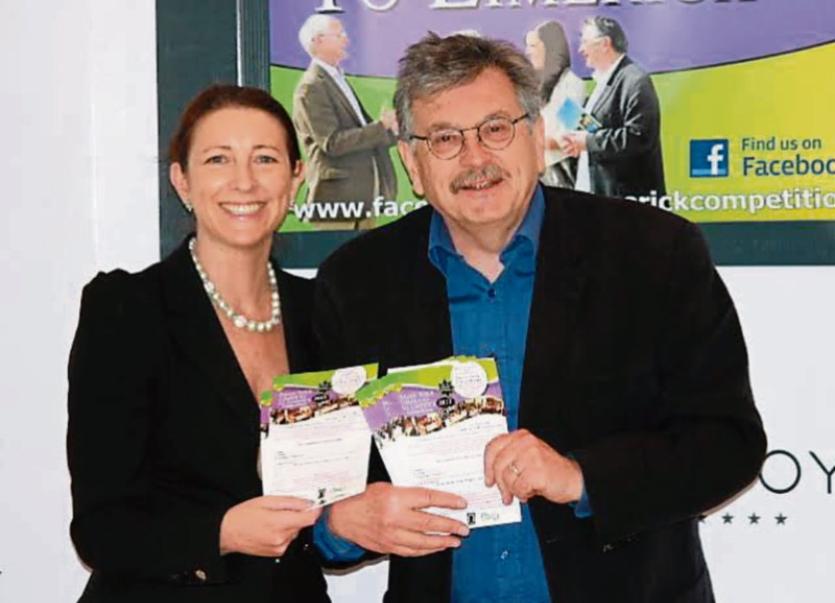 THIS year’s Bring your Limericks to Limerick International Poetry Competition will take place in August.

A joint venture between The Limerick Writers’ Centre and Global Limerick, the competition final will take place on Saturday, August 27, at the Savoy Hotel.

Dr Matthew Potter, who has written a history of the limerick, has said it’s important to create an awareness of the connection between the place and the poem so that Limerick can establish itself internationally as one of the few places that gave its name to a literary form.

Dominic Taylor, of the Limerick Writers’ Centre, said that he was delighted to welcome Global Limerick Network on board as partners for this year’s competition.

Mr Taylor said he hopes to make the competition “an integral part of the cultural life of the city” and further their aim of making the Limerick verse form synonymous with the city.

This year the prize is two nights’ accommodation in a deluxe room at the Savoy Hotel, breakfast and dinner in Hamptons Bar & Grill on one evening.

The competition was made an international event in 2013 as part of The Gathering celebrations in the University of Limerick. Since then over 2,000 entries have been received for the competition from Ireland and overseas, with 50 finalists turning up on final night to battle for the overall prize.

Previous winners of the event include English poet Christine Robinson, Clare-based US poet Knute Skinner and last year Killaloe-based writer Fiona Clark Echlin won the prize. Entries can be made online at www.facebook.com/limerickcompetition or www.limerickwriterscentre.com or pick up an entry form from your local library and bookshops around the city.