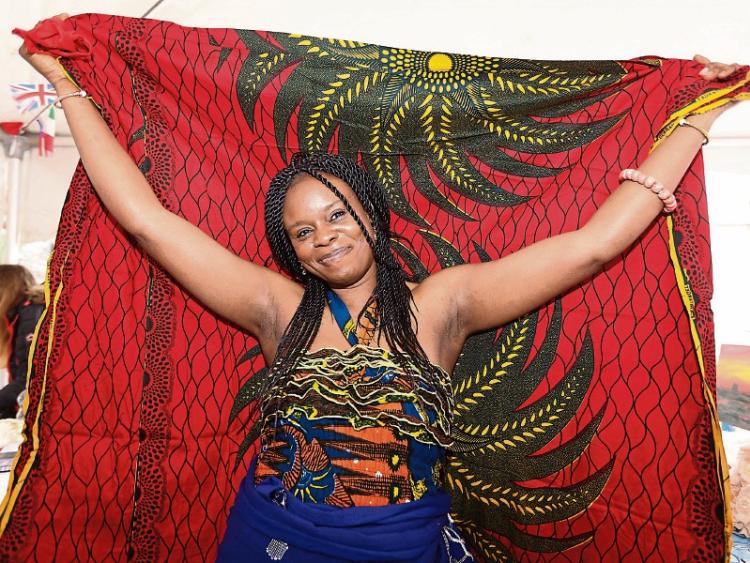 BEDFORD Row rocked to a different beat on Friday, as a special multicultural day took place in the area.

Bank of Ireland teamed up with some of Limerick’s new communities to host an expo putting on display craft, food, music and art from several different countries. The first time Bank of Ireland has staged an event of this type, it helped bring the curtain down on the lender’s Enterprise Week celebrations.

Congolese man Hugo Mbunga was playing a drum as part of the Elika Band.

”We are a group of people who come from other countries, and even Ireland. We sing in the Augustinian Church, and sometimes perform at outdoor events,” he explained.

“There has been a good reaction. I think people have enjoyed themselves. Having people from different nationalities and having all this time together is really special.”

Diane Gleeson, the chef at Kaya restaurant in O’Connell Street, flew the flag for Thailand.

She served Thai food to passers by, and said: “The reaction has been very good. People are enjoying trying something a bit different.”

Also taking part in the festival was Italian man Vicenzo Del Santo, whose restaurant Da Vicenzo marks one year trading in the city this week.