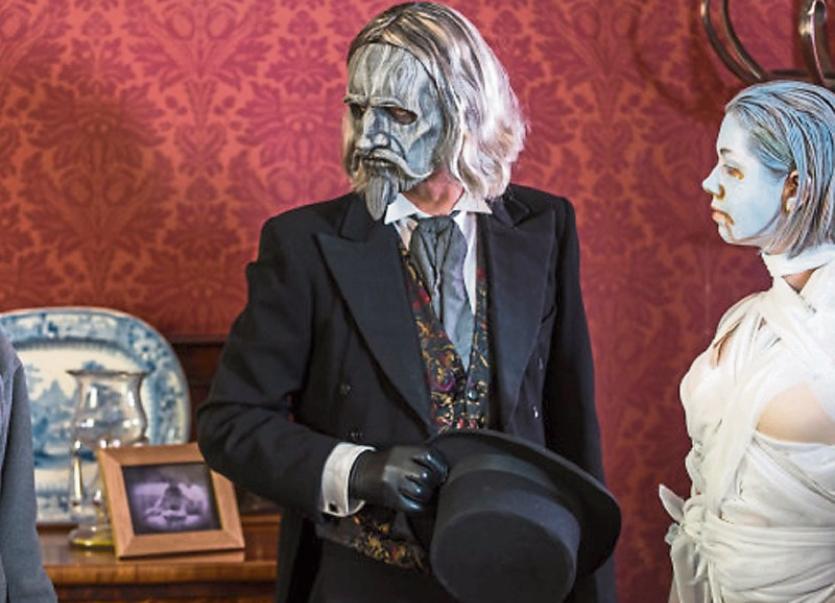 Actors Joe Mullins and Lucy Dawson, during the filming of The Clockmaker’s Dream, which was shot in Limerick in eight days

THE legacy of the National City of Culture will continue the international circuit, as one of its bursary film projects is set to be admired by movie enthusiasts at the Cannes Film Festival, this month.

The Clockmaker’s Dream, which was filmed in Limerick, will be one of 30 worldwide films to be screened at the Cannes Animation Day, on May 18, it was announced this week.

It is one of two shorts to receive €15,000 during the Limerick’s City of Culture designation, in 2014. The other project was Lost and Found, directed by Liam O’Neill.

According to director Cashell Horgan, the project is “hybrid film” which took eight days to shoot and nine months to produce. Following its premiere at the Richard Harris Film Festival, renowned actor Jared Harris agreed to narrate the project.

Mr Horgan, who arrived home from Newport Beach Festival this week, told the Limerick Leader that it was “absolutely incredible news”.

The film stars local actor, Joe Mullins, who is the main protagonist in the animation project.

“The film just about qualified because it has 30% of animation in it, as it is a hybrid. We had it originally as a stop-motion piece, and then experimented with live action, and everybody in Limerick who worked on it really made that happen.

“Everybody who has seen it, when they see the opening shot of the film, they just see Limerick city. And they ask, ‘Where is that?’ Everyone was commenting on costumes and artwork, and some people who were working on the film were blown away. They were pretty amazing. Everybody really loved the story and they all got behind it. That’s very special when you have that.”

Mr Horgan said that it was a “very ambitious project”, but added that it is “very important to go for the impossible”.

Film Limerick project manager Ronan Cassidy, who helped oversee all City of Culture film projects, said he was “delighted” with everyone’s hard work during the filming, editing and production.

He commended local digital artist, Ken Coleman, and filmmaker Steve Hall, who contributed to the film.

Shortly after the announcement of their trip to Cannes Film Festival, the crew were informed that the City of Culture project was awarded the honour of Outstanding Achievement, in the Short Film section, at the Newport Beach Film Festival.

Mr Cassidy said that he hopes that they can continue the international film circuit and, hopefully, secure a nomination at the Oscars.

The Clockmaker’s Dream entry adds to the long-list of Limerick crew who will also be attending the Cannes Film Festival, in two weeks’ time.

Directors Steve Hall and Paddy Murphy have secured a spot at the Short Film Corner, with their films Safe and The Cheesebox. Meanwhile, Mungret actor Nigel Mercier will feature in a Belfast-based film, entitled Mothers Milk and Cookies.

Mr Hall said: “It is a massive, massive honour. The Cannes Film Festival is something that you hear about, as a filmmaker, growing up and going ‘Some day, some day, some day’, and to be selected finally allows yourself to believe that maybe I can actually do this.”