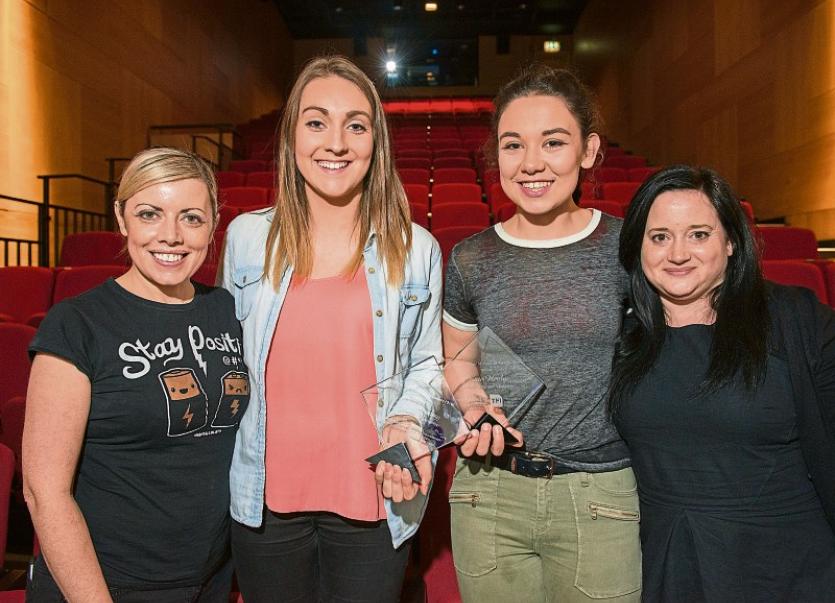 LIT’s Kate Healy and Laura Meany were the overall winners of the competition, which focused on encouraging others to choose smarter modes of transport. Their award-winning project was called ‘Walking isn’t that ruff’.

“The awards offered us a great opportunity to put into practice what we study during our course at LIT. The concept for our video was to explore the historic streets and forgotten beautiful locations in and around Limerick from the perspective of our wonderful actor Hooch, the dog. We are just over the moon at winning the award and representing Limerick in the Smarter Travel Multimedia Awards,” Kate enthused.

Another top achiever was Lisa Lorraine Hester, Limerick College of Further Education, for her artwork.

In second place was Michael Boyle, University of Limerick, and Rebecca Walsh, Limerick College of Further Education, and a special prize was awarded to a group of UL students who wrote a rap promoting the benefits of walking and cycling.

NTA CEO, Anne Graham said that she was “delighted” with the entries.

“The students’ multimedia entries were both entertaining and captured the positive aspects of making smart transport choices for the journey to college.”