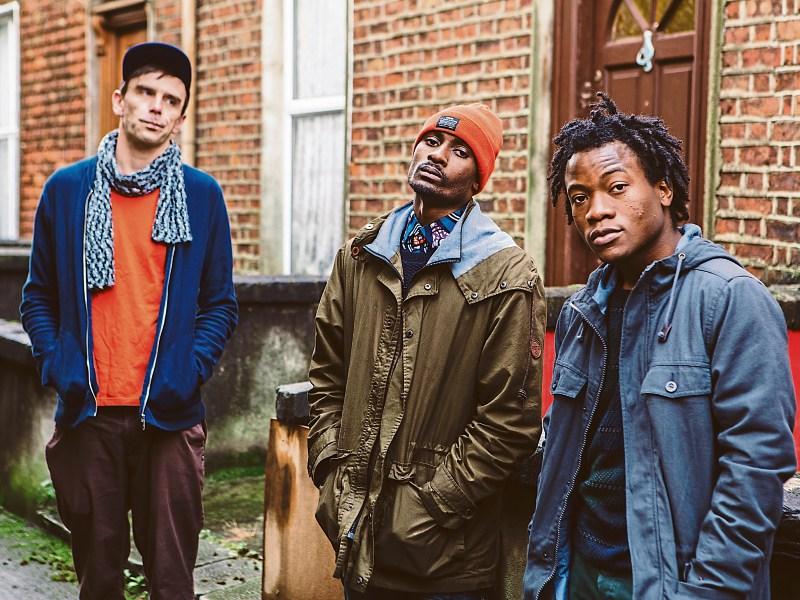 THE Limerick based trio, Rusangano Family, has arguably released the most vital, essential Irish album of the year.

Deserved praise has been heaped on the hip-hop trio for the electric and powerful Let The Dead Bury The Dead, bursting with samples from the inner reaches of producer MynameisjOhn’s mind and the insightful, socially engaged lyrics of vocalists God Knows Jonas and MuRLI.

The album is a shoo-in for a Choice nod and may even break Limerick’s duck in winning the Irish Mercury equivalent, we believe. The trio mark the album’s release with a hometown show in Dolan’s this Friday night and have just returned from music showcase festival SXSW in Austin, Texas, where they went down a storm.

MynameisjOhn – alter ego of Clare man John Lillis, who plies his trade in Limerick – Zimbabwean born, Shannon raised, Limerick identifying rapper God Knows Jonas and vocalist MuRLI – based in Limerick, but of Togolese descent – formed Rusangano Family early last year but have been collaborating for a number of years on individual projects.

Let The Dead Bury The Dead is their debut offering as a group, which was initially a duo of John and God Knows, before incorporating MuRLI and creating a cohesive trio that have rightly drawn plaudits for a powerful offering that views modern Ireland through their own quite unique viewpoint.

All three boast strong connections to Music Generation Limerick and this an album that draws heavily on the places and sounds that have influenced each of them in turn, from their places of birth to where they have grown up, live in and work, latterly this city.

From the dancehall beat of Kierkegaard – name checking Snoop Dogg and Ed Sheeran, whom the trio have encountered during their short existence – to the gentle jazz swing of Blabber Mouth, the trip hop of Lights On – the album’s stand out moment – the African beat, deep bass throb and xylophone twinkling Love In A Time of War, this is a deeply eclectic album, and that is merely the opening four tracks.

On the retro, gospel feel of Wisdom Teeth, the duo rap: “I never met a true racist, but on a daily basis I shrink from their existence”, name checking the Daily Mail, Facebook and Donald Trump as subjects for ire, while the immigration lines at Heathrow on the malevolent track of the same name are referenced in the album’s darkest point, which shreds the oft easy conclusions drawn on the subject of asylym seekers.

But yet, for all the references to the outside world, the album is one that sees expressions of self-doubt and fears of a wasted youth at its most powerful moments.

God Knows has been a powerful advocate for Limerick, appearing at the recent 2020 bid presentation to the Eurocrats in Dublin with Kathleen Turner, with whom he collaborated on the 2014 City of Culture project, the Pigtown Fling, in that project’s standout moment. As such, the trio are a product both of their place and a love of world music, driven by Lillis,whose own 2012 offering, The Thinker and The Prover, was an astonishing mish-mash of samples and progressive, eye-opening music.

The “organic relationship” between them – God Knows told this newspaper that he and Lillis had “started performing together before we actually had music, so he already had that back catalogue and I had tons of lyrics” – is the key, while the the addition of MuRLI - “an amazing lyricist, an all round product,” – has driven them to dizzying new heights.

The outside world is sitting up and taking notice, with Rusangano Family preparing for a big festival summer and the plaudits deservedly flowing their way. In the meantime, they play Dolan’s this Friday, with support from Shookrah and DJ Peter Curtin.