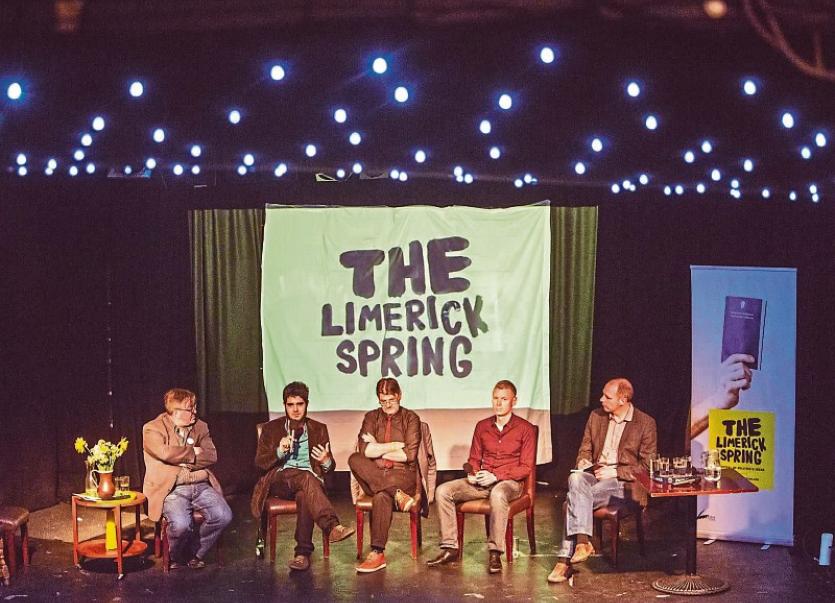 THE third annual Limerick Spring festival will kick off this Thursday, and will showcase four days of “creative new dialogue” on society, culture and politics.

This year, 13 events will take place in venues all over the city, which will feature a mix of lively debate, “provocative” film screenings, protest music, satire, people’s poetry, and children’s art. According to a spokesperson, the events also encourage audience participation.

The theme of this year’s Limerick Spring festival is entitled ‘The State of Us’.

One of the highlights of the festival will be the Big Debate, at Dolan’s Warehouse, this Saturday, which will include Green Party leader Eamon Ryan TD,  Seanad candidate Dr Tom Clonan, comedian, actress and writer, Tara Flynn and Trinity College Dublin Students Union president and Seanad candidate, Lynne Ruane and Uplift Founding director, Siobhán O'Donoghue.

Ahead of the four days, festival coordinator, Jennifer Moroney-Ward said: “Limerick has a long tradition of political activism and has played a leading role in the development of the Irish state. This festival will invite citizens and guest speakers to delve deeper into looking at where the power lies and to discuss the political structures and systems that influence our lives in 2016.

“We know from the last two years that there is a huge appetite for this type of event in Limerick and beyond, we just really need people to support us by buying tickets for the events or by making whatever contribution they can.”