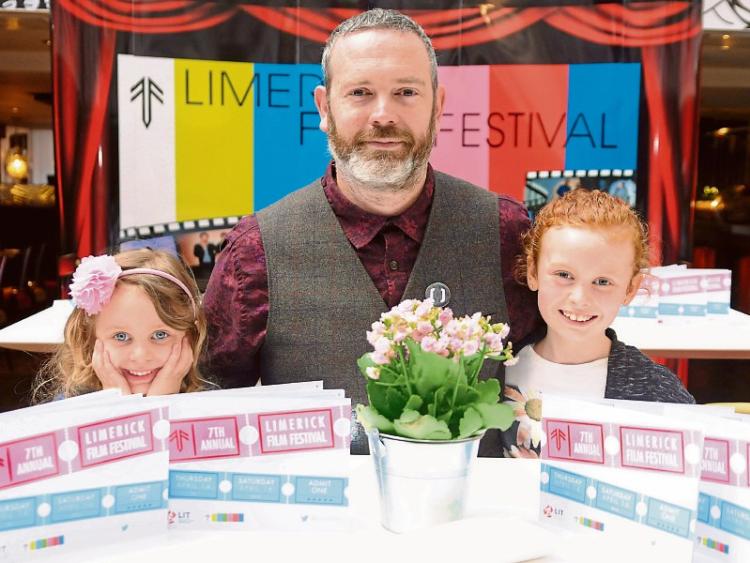 THE future is bright for film making in the region, the director of the Limerick Film Festival has said as the event returns for a seventh staging.

The festival, brainchild of LIT lecturer Simon McGuire, takes place from April 14 – 16 and features a wide array of screenings, workshops and talks, plus the short film competition, the beating heart of the event.

McGuire, an experienced film professional and editor in his own right, reports both an increase in submission numbers and standard for this year’s festival awards, which take place in LIT’s Millennium Theatre at 8pm on Saturday, April 16.

“This year we had an increase in numbers again to 155 entries, not just Ireland, but from around Europe and as far Japan to Canada, America, the UK, Spain, the list goes on, we even had some from Iran and Israel. And the quality of them, I can't emphasise that enough, has just increased, we realise now that the festival has to really up its game to match that quality that we are receiving, in order to do them justice.”

Off the submissions, 45 entries have been selected across 14 categories, including a local category for the first time.

“There has been, on the back of City of Culture and the legacy of it, so many films and those starting out making their first films, that we had to create the Best Limerick Short Film category,” says Simon. “So there is an extra chance for local success and this is what we are trying to do, to give something back locally, to guarantee that local film makers will be acknowledged.”

Guest speakers include local composer – and member of Van Morrisson’s band – Dave Keary and Damien O’Connor of Brown Bag Films, while the three shorts produced as part of the Film Limerick trilogy will premiere, as will documentary, Out of Nothing, produced by Ryan Styles of Whose Line is it Anyway?.

Simon references the forthcoming opening of Troy Studios in Limerick as contributing to an “air of excitement” around the film industry here and plans that the festival will help to show film makers “what Limerick has to offer compared to other festivals on the circuit”.

See www.limerickfilmfestival.net for more details on the programme of events.