Narrative 4 to open a 'new world of stories' in Limerick

Storytelling, as Norma Pre ndiville discovers, can be a powerful tool for change and can foster a new generation of young leaders 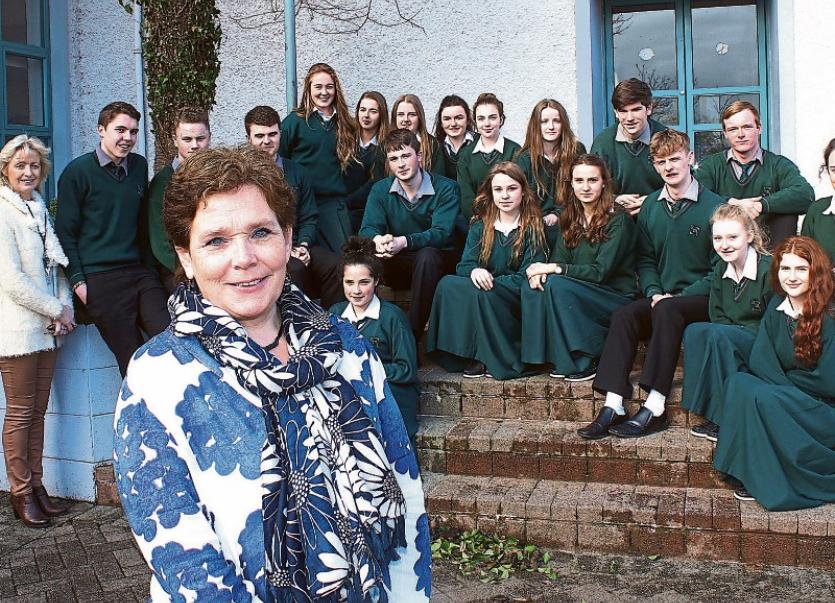 IN a world where horrible, hope-destroying things are happening every day to individuals, communities and even to whole nations, you might be forgiven for thinking that stories don’t matter.

But writer Colum McCann says otherwise. Stories are a mighty weapon, he argues. And by exchanging our stories we can change the world.

And if you walk in another’s shoes, it is hard to harm that person.

That very simple but radical idea is at the heart of Narrative 4, an international not-for-profit organisation founded four years ago by a group of writers including Colum McCann and other artists who wanted to try and make a difference in the world.

Their aim is to foster a new generation of leaders who have learned empathy through stories, through stepping into another’s shoes.

“We believe that by understanding the stories of others we can create empathy even in the face of cultural or geographical barriers,” Colum McCann says.

“Narrative 4 is like a United Nations for young storytellers, The whole idea behind it is that the one true democracy we have is storytelling. It goes across borders, boundaries, genders, rich, poor — everybody has a story to tell,” he adds, explaining also that the 4 of Narrative 4 stands for story, voice, life, action.

To date, Narrative 4 has conducted its programme in various cities and states in the US as well as in Ireland, South Africa, Rwanda, Mexico, Israel and the West Bank.

And for the past several weeks, two groups of students at Scoil Mhuire agus Ide in Newcastle West have been having a taste of this approach, taking part in a series of Narrative 4 workshops under the guiding hand of Sheila Quealey.

But as Sheila explains it:“To tell your story, you have to know yourself.”

So part of the workshop time involves just that, helping the students to look at identity and all the elements that go to make up a person’s identity, elements as wide-ranging as place, accent, appearance, hobbies, religion, orientation and many, many more. At the end of the day, however, the aim is for each participant to find and write their story and tell it.

“It is one story from your life that you feel explains who you are,” says Sheila.

Later, at a story exchange, each student is paired off with one of his or her peers and tells that partner his or her story. That partner must then “step into their shoes” and tell that story to the wider gathering in the first person. 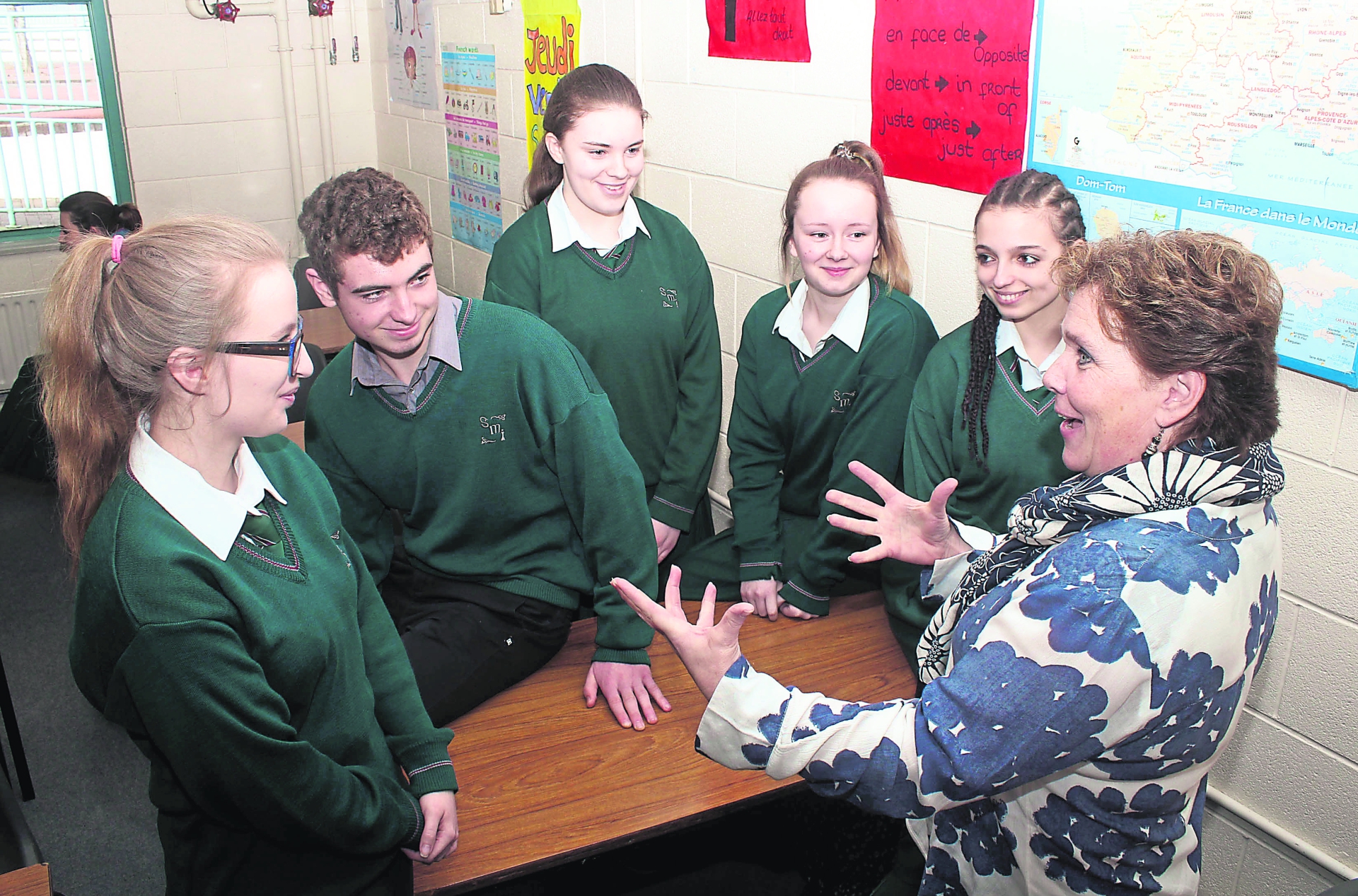 It is, some of Sheila’s workshop students agree, a bit scary. And, despite social media, with all its seeming “tell all” characteristics, many of them are slow about revealing themselves to people other than their close friends, they tell the Limerick Leader. Moreover, not all are convinced about taking part in the story exchange.

But there is no pressure on anyone to do so, Sheila Quealey is quick to point out. The students who want to take part in the “story exchange” must choose to do so.

However, says James Lawlor from Carrigkerry, who is the public face of Narrative 4 in Limerick, there are huge positive outcomes from getting involved.

'I have witnessed first-hand the incredible positive changes that Narrative 4 brings to young people,” he says.

“It increases their self-confidence, improves their critical thinking skills and helps them deal with peer pressure. The most important skill I have seen students develop is the skill to truly listen. After taking part in a number of storytelling workshops, students exchange stories to one of their peers and then later retell their peer’s story. It is amazing to see the bonds that are formed through this simple act of listening and retelling of stories; stereotypes and barriers are broken down.”

Colum McCann is emphatic in backing this approach.

“We have a wonderful system in place to help young people through this process —it’s intimate and literary and personal all at once. And we have a way in which we go about it, quietly and with great respect.”

“Our goal is to bring people from across the globe to “re-story” one another, to create a network of young leaders who understand each other and empower them to make positive social changes in their communities,” Colum continues.

“Our tagline is ‘fearless hope through radical empathy’. It’s about sweeping education reform and global leadership. It is about youth-led changes that affect every nook and cranny of our world.”

It’s a big aim, Colum McCann acknowledged, in an interview some time ago with the American literary magazine, Bodega.

“People could roll their eyes at Narrative 4 and say ‘Oh God, another nonprofit that wants to change the world. Here we go again’”, he said in that interview.

“But we know we have something special here and it’s becoming a movement, not “just” another organisation. I suppose I should throw the question right back—what’s wrong with trying to stand out when the world is saturated with this that and the other? Clearly the world is ready for a better this that and the other.. And if I tell you that Narrative 4 is necessary, that will only go so far. It’s up to us to prove the necessity of what we do. To make it part of the fabric. To show that it all unravels without us.”

Limerick has been a trendsetter for Narrative 4, even in the short few years it has been in existence, Sheila Quealey points out.

“The first Irish Narrative 4 story exchange took place in Limerick city in 2014,” she goes on.

And, as revealed in last week’s Limerick Leader, Narrative 4 has big plans for Limerick and will be opening its first global office here later this year, with James Lawlor at the helm.

“We are at the very beginning but over the next five years we want to bring Narrative 4 programmes to schools and communities across the 32 counties of Ireland,” says James.

“Up to now our student leaders in Limerick have been flying the flag as ambassadors for Narrative 4 Ireland. We have some incredible young people on board and some of them have travelled to the United States the last two summers to meet young leaders from all across the world at the annual Narrative 4 Global Summit.”

“It is empowering to see young people so engaged with each other and making changes to their community. It gives me hope for the future,” James adds.

And he, along with Lisa Consiglio, executive director of Narrative 4 has welcomed the invitation from the Eigse Michael Hartnett festival committee to host a programme in Newcastle West as part of the 2016 festival.

See www.eigsemichaelhartnett.ie for full details or book online at www.limetreetheatre.ie or on 061-774774.