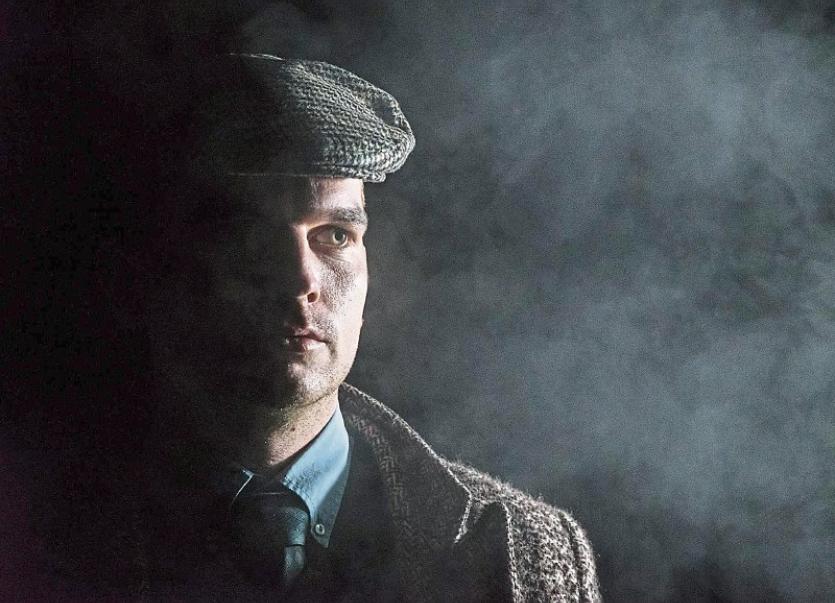 Kevin Kiely, Jr. plays the biopic role of his grandfather, Michael ‘Draughty’ Purcell of Janesboro in the short

TWO Limerick short films, featuring a homegrown cast and crew, will make their world premiere at the prestigious Cannes Film Festival this May.

Top industry professionals and film fanatics from around the globe will see the first screening of The Cheese Box, produced by and starring Kevin Kiely, Jr., and Safe, directed by 25-year-old Stephen Hall.

The two Limerick projects are part of 17 Irish movies that have been selected to be screened at Cannes Film Festival, this summer.

Spectators will also be getting a taste of Limerick history in Kiely’s performance in the Cheese Box — directed by Paddy Murphy — where he plays the biopic role of his late grandfather, Michael ‘Draughty’ Purcell, who was from Janesboro.

“It’s a biopic of my mother’s family and a particularly bad day in their lives in the 1950s,” he told the Limerick Leader this week.

“The tough moment involves, basically, this man has to do something for the good of his family in the night time, and he doesn’t find it very easy, but he has to do it. The crux of the film is the activity of what he needs to do, and the reason why he needs to do it.”

The 29-year-old actor and filmmaker, from Ballysimon, said that it is a “great opportunity” to attend the festival, which he said was their original aim when they were first filming the short drama.

“It was really important for me and for Paddy [the director] that we give it a good go to get the film on time for submission for Cannes.

“To have the work screened, and having a reason to go is an amazing opportunity.

“And I am proud of the team. People went above and beyond what I expected. I don’t expect a lot, but I expect people to turn up and respect each other and to respect the story.

“But then people started to get really emotionally involved in the best way possible, and every time we went on set, the set was charged with this energy. It was amazing to oversee this as the producer,” he enthused.

For Mr Hall, he found out that his post-apocalyptic film had been selected, shortly after he won Best Film at the Screamvention Film Festival for his short movie Dinner Date, last month in Dublin.

“It is a massive, massive honour,” the 25-year-old said, “The Cannes Film Festival is something that you hear about, as a filmmaker, growing up and going ‘Some day, some day, some day’, and to be selected finally allows yourself to believe that maybe I can actually do this.

“Any artist has a lot of self-doubt, and things like this inspire you to push on. It’s a great achievement and a massive stepping stone.”

Hall’s project Safe, shot in just seven hours, with a small three-person crew, is about a chance encounter in a harsh time, in a “dangerous world.

“It is about one man’s fight to survive and he is left with man’s dying wish, which is to bring his wife home. I like to create stories that have some sort of grounding in reality, but are very high concept; something utterly fantastical.

He said it was “a fantastic experience” working with both actors, Adam Moylan and Zeb Moore.

Safe is just seven minutes long, and will join The Cheese Box at the Short Film Corner, at Cannes Film Festival.

The Cheese Box was produced by Isleboro Productions, a Limerick-based production company.