Torch Players offer a take on the Cripple of Inishmaan 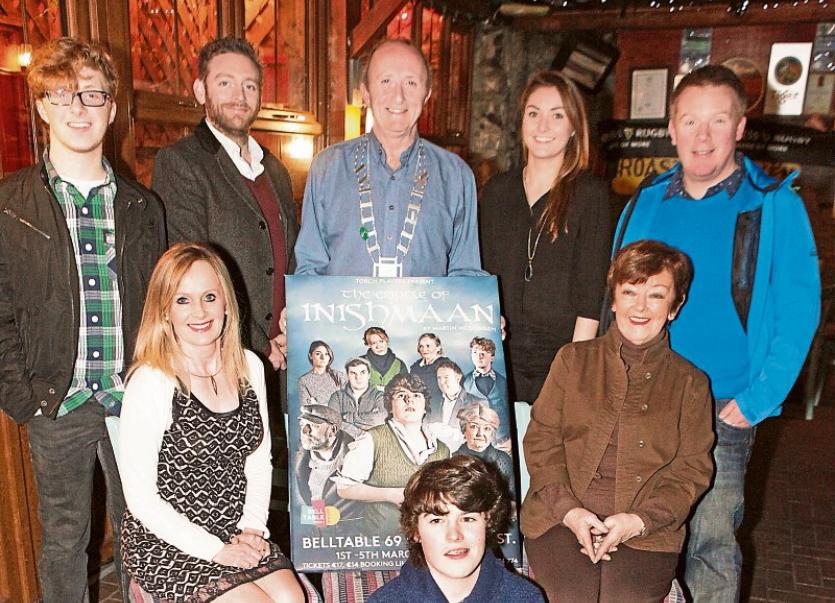 MUCH loved amateur theatre group Torch Players return to the Belltable stage this March with The Cripple of Inishmaan.

The group returns following the success of last year’s excellent production of One Flew Over The Cuckoo’s Nest with Martin McDonagh’s dark comic play.

Director Maurice O’Sullivan has assembled a cast of nine to take on the Cripple of Inishmaan – which, interestingly, local comedian Pat Shortt memorably starred in on Broadway in 2014 with Harry Potter star Daniel Radcliffe.

The play is set on the rural island of Inishmaan in 1934, in a place where news is currency, the inhabitants, through village gossip Johnnypateen, learn of a Hollywood film crew’s arrival on the neighbouring island of Inishmore.

The comic masterpiece tells the story of the eccentric islanders but centres around “Cripple” Billy Claven, a young man trying to escape the boredom of the island and make sense of who he is.

“This play will have audiences crying with laughter as well as empathising with those less fortunate characters,” said Maurice O’Sullivan.

Maurice said that Torch was “delighted” to welcome Oisín Gogarty as well as James Corr who will betaking on the role of Billy Claven for the Belltable production, which runs from March 1-5 next.

The award winning team of Tara Doolan and Pius McGrath will tie the entire production together with lighting and sound.

Tickets can be booked on www.limetreetheatre.ie or from the box office on 061 774774.