Kaleidoscope Night makes its debut in Limerick for festival 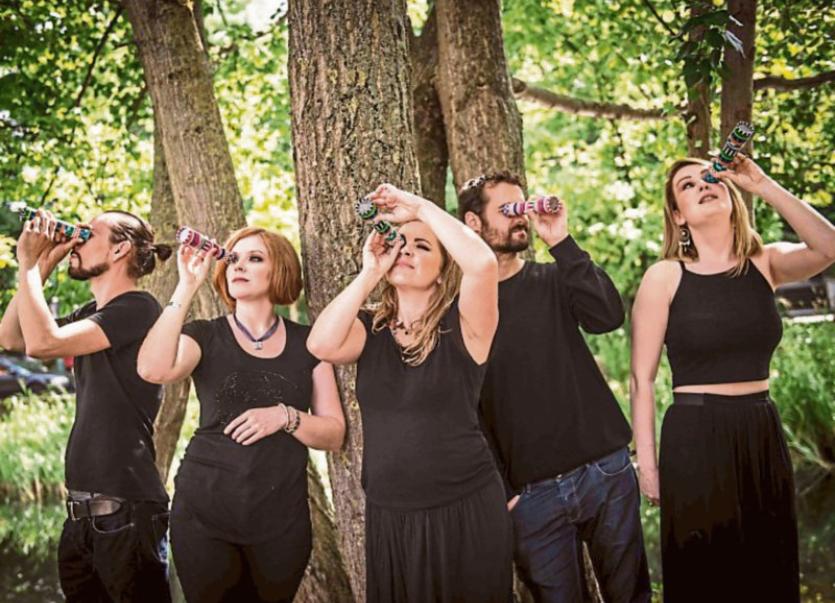 Careful curation: Pictured are several of the musicians and artists involved in the Kaleidoscope Night salon concert series

SPECIALLY composed music set around a poem by Michael Coady, a series of poems by James Joyce and stories narrated by Peig Sayers will be performed in Limerick for a ‘unique’ event as part of the upcoming Literary Festival.

Kaleidoscope Night, a regular ‘salon concert series’ running monthly in Dublin, is currently touring the country, tailoring its programme for the various venues it calls to along the way.

For the Belltable event, the acclaimed music series has pieces by composers all boasting a link to Limerick, none more so than native son and Riverdance composer Bill Whelan and his setting of music to a work by Carrick-On-Suir poet, Michael Coady, called A State of Light.

The piece will be performed by soprano Collette Delahunt and the RTE Con Tempo Quartet, who also feature on Anne Marie O’Farrell’s take on Pomes Penyeach, a song cycle of poetry from James Joyce autobiographical series of poems of the same name. The piece was composed in MIC, who Anne Marie is composer in residence, last year and features the composer herself on harp, Ms Delahunt and the RTÉ Con Tempo Quartet.

Completing the carefully curated line-up for Kaleidoscope Night is guitarist and composer Dave Flynn’s – of the Clare Memory Orchestra – composition, Stories From The Old World, based on four stories as narrated by the famous Blasket Islander, Peig Sayers, with each story set to music with string quartet accompaniment and uilleann pipe interludes.

Co-curator Lioba Petrie says the concert series is “specifically tailored for Limerick, so it is going to be a really unique, one off event”.

“It is going to be really exciting and for each stop on this tour, we have tried to bring in a local element - so all of our composers have a link to Limerick,” she said. “They each have a connection to the west or Limerick and we wanted to bring that local element, which is really interesting for us and it means that each stop on the tour is completely unique - so it is a special event.”

The series has received arts council support to go on tour, leaving regular haunt of the Bello Bar in Dublin, while it has also appeared at most major Irish art and music festivals.

Ms Petrie says the idea is to “present classical music in a relaxed environment.

“As we are on tour, every single venue will be slightly different and it is the intimacy and close promiximity to the performer that is really important to us. There is not really a stage, so the audience can really experience what is going on, rather than being slightly removed from it.”