The BPLO join forces with Ó Maonlaí for Moondance 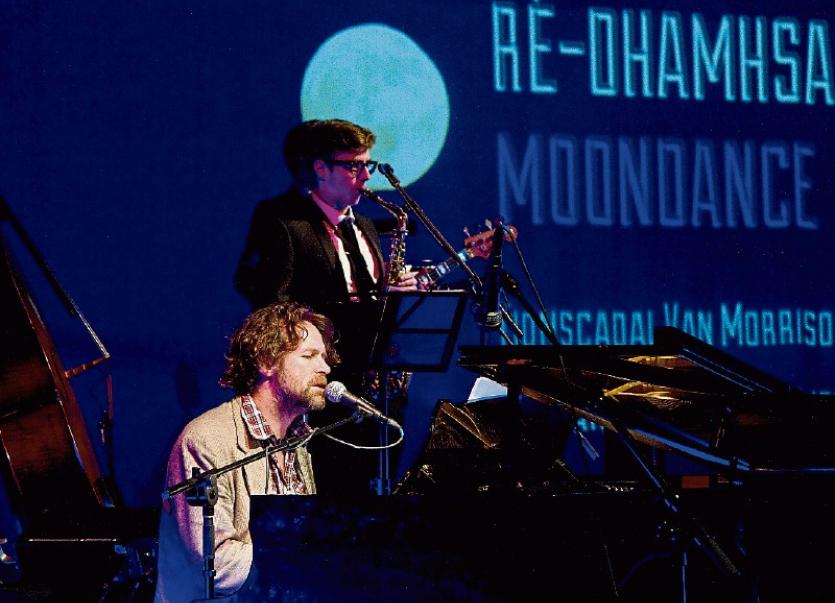 FIRST it was Leonard Cohen’s towering figure, now it is the turn of Van Morrison’s Moondance.

Limerick band the Brad Pitt Light Orchestra return to the stage with Liam Ó Maonlaí for an Irish language reworking of Van Morrison’s classic songs, following the success of the Cohen focused Tower of Song project several years ago.

Moondance, which was first presented as part of IMRAM - The Irish Language Literature Festival  – in 2013, features exquisite Irish language versions of the songs, translated by poets Cathal Póirtéir and Gabriel Rosenstock.

They will be performed by Ó Maonlaí, BPLO frontman David Blake and Cork songstress Hilary Bow, a regular collaborator with the former Hothouse Flowers frontman, an enigmatic presence in his own right.

The music will be set to screen projections of the lyrics, created by Margaret Lonergan. The show itself is currently touring nationally and comes to the Lime Tree Theatre on January 23.

IMRAM director Liam Carson said that the show would “pay tribute to his (Van’s) poetic vision”.

“This is Morrison’s work rendered in a passionate, driving show that fuses exquisite Irish versions of his lyrics with a full band sound that is nothing less than a Caledonian Soul Orchestra that draws deep on both Morrison's intensity and the well-springs of Gaelic culture - it is guaranteed to move hearts and feet,” he explained.

Expect Gloria, Tupelo Honey, Full Force Gale and a whole host of Van classics, tenderly and cleverly reworked by an ensemble at the top of their game.

See www.limetreetheatre.ie for full details and to book tickets.