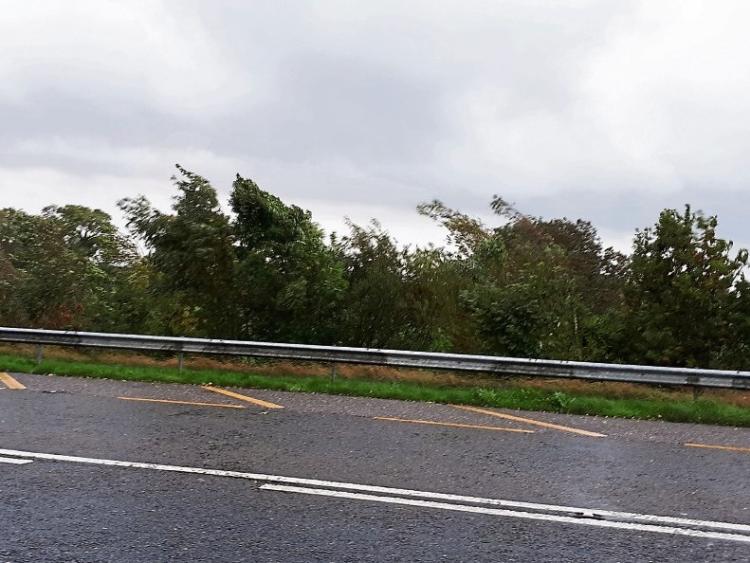 MET Éireann is warning of gale force winds across Limerick as Storm Diana looks set to batter southern parts of the country over the next 24 hours.

The national forecaster has issued a status yellow weather alert for Limerick which is due to come into effect at 5am on Wednesday.

Wind Warnings have been issued for tomorrow, Wednesday, in association with #StormDiana
Yellow warning nationwide 90 to 110km/h
Orange warning for southwestern counties 110 to 130km/hhttps://t.co/ozrQHtoOkt pic.twitter.com/SWC1AWBMKx

The alert warns there will be southwest winds of between 55km/h and 65km/h along with gusts between 90km/h and 110 km/h.

Separately, Clare County Council is warning members of the public to avoid exposed coastal locations during Wednesday due to the forecasted stormy conditions.

A status orange warning has been issued for six counties – including Clare.

It warns that severe south to southwest winds associated with Storm Diana will be strongest from 9am to 2pm on Wednesday with gusts as high as 130km/h in coastal areas.

High seas along the Clare coastline, including the Shannon Estuary, will bring a risk of coastal flooding.

Clare County Council has indicated that any coastal areas which have previously flooded are at risk and people in such situations are advised to take appropriate precautions.

Gardai and the Road Safety Authority are warning motorists to excercise caution on the roads during the storm while ESB Networks is warning people not to approach fallen wires.

VERY IMPORTANT: If you come across fallen trees be aware that there may be fallen wires. Please DO NOT APPROACH as the wires could be live and would be extremely dangerous. Please stay clear and phone ESB Networks immediately on 1850 372 999 , 021 238 2410 pic.twitter.com/UNnVgGxf1v

Visit www.winterready.ie for more information on preparing for storms and other inclement weather.