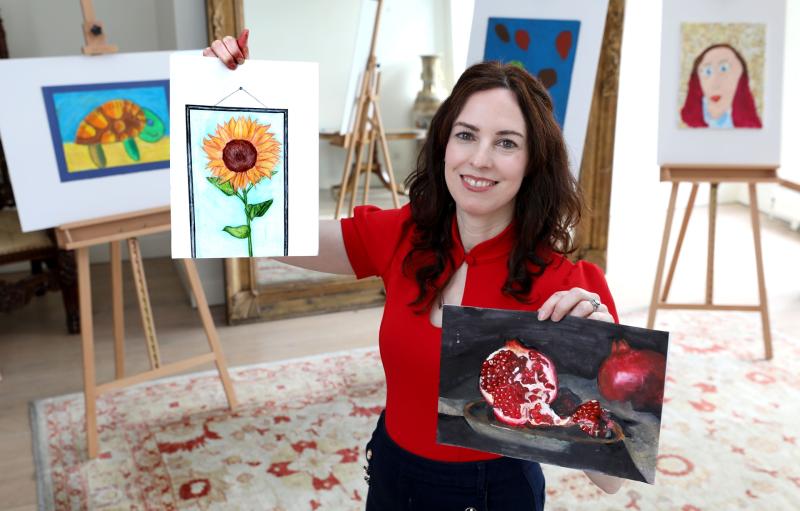 Pictured is adjudicator, Marie Connole, holding two of the entries received from students in County Limerick

YOUNG artists from Limerick who submitted entries in this this year’s Texaco Children’s Art competition, are currently having their works evaluated as the judging process gets underway.

Currently in its 68th year, the Texaco Children’s Art Competition is the longest-running art sponsorship in Ireland. First held in 1955, it is hosted by Valero Energy (Ireland) limited – the company that markets fuel in Ireland under the Texaco brand.

Some of the leading Irish artists who took part in the competition during their early lives include renowned figures such as Graham Knuttel, Robert Ballagh, Dorothy Cross and Bernadette Madden.

Following the judging process, the winners in each of the seven age categories, including one exclusively for artworks by young artists with special needs, will be announced in late May.