Clash of the ash gives ex-carpenter his dream snap 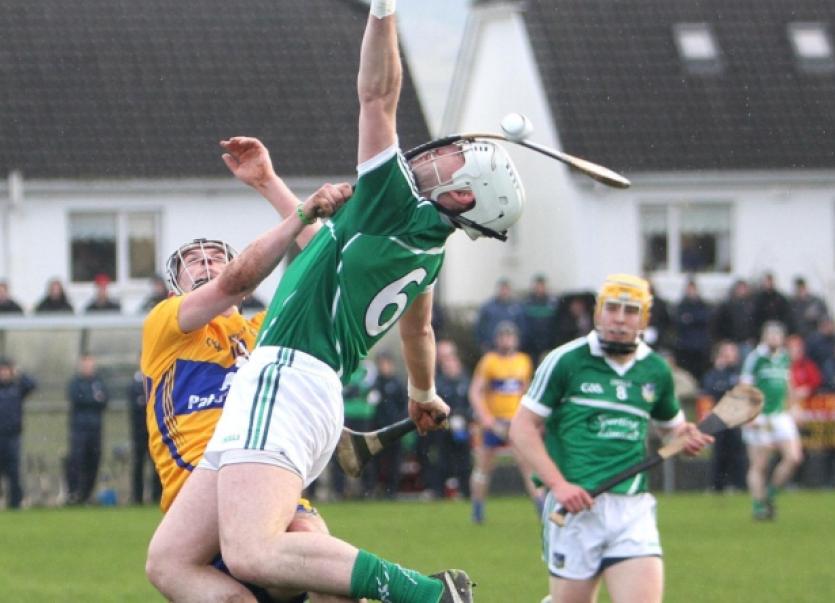 IT may have been just after two o’ clock in the day but somewhere in the universe the stars had aligned nicely last Sunday afternoon for carpenter-turned-photographer Tony Grehan.

IT may have been just after two o’ clock in the day but somewhere in the universe the stars had aligned nicely last Sunday afternoon for carpenter-turned-photographer Tony Grehan.

The two things the Limerickman knows most about, wood and photography, came together in the most extraordinary set of circumstances on a GAA pitch in Sixmilebridge, catapulting him into the spotlight and making him one of the most talked about men in the country come Monday morning.

“It happened so fast you wouldn’t see it with your eye. But I knew I had something good,” commented the father-of-three of the now famous photograph of a hurley bent backwards to the nth degree around the face of Limerick hurler Cathal McNamara from Doon.

Such was the impact of the photograph that within hours of it reaching photographic departments around the county, it was being shared on social media sites, and was being given the full treatment by news and sports editors in newsrooms across the country.

By break of dawn on Monday, it was front page news on the Irish Times, and was being discussed on RTE’s Morning Ireland and TV3’s Ireland AM. Tony himself was interviewed by Ray D’Arcy about the clash of the ash.

“It’s brilliant - the amount of calls and texts I am getting all morning,” he smiled.

But just how did it happen? Was it a stroke of good luck, a quick response by the lensman, or a bit of both perhaps?

“When you are doing sport, you have the camera on burst mode,” Tony explained to the Leader later on Monday, after the dust from the media storm began to settle. “My camera [a Canon 7D] is able to take eight and a half photographs a second. You kind of predict if two guys are going to clash and you just press the button and keep it on it.

“And then you look through it and see which is best.”

Deep in his gut, Tony knew he had something special on his hands but didn’t realise just how special.

“It happened half way through the first half. The Limerick physio was standing next to me. He gave the Limerick hurler a rub of the sponge and sent him on his way. It was only when I was looking through the photos that I saw it properly. I called him and I showed him.”

The snapper, who was on duty for Limerick-based photography company Press 22, had to leave the game at half time to cover a soccer marking in Newmarket. “I put it to the back of my mind and got on with it,” said the native of Granville in the city who now resides in Carnane, Fedamore.

While he says he has had lots of photographs on the front of the Clare People and a good few in the national papers, he has enjoyed “nothing of this scale”.

“I’m only doing it professionally a year-and-a-half since I started with Press 22. It was only a hobby before that. I was a carpenter for 15 years and when that folded I finished up five years ago and took photography up as a hobby, and then I fell in love with it.”

As for the hurler and the hurley - amazingly, they both escaped unscathed!