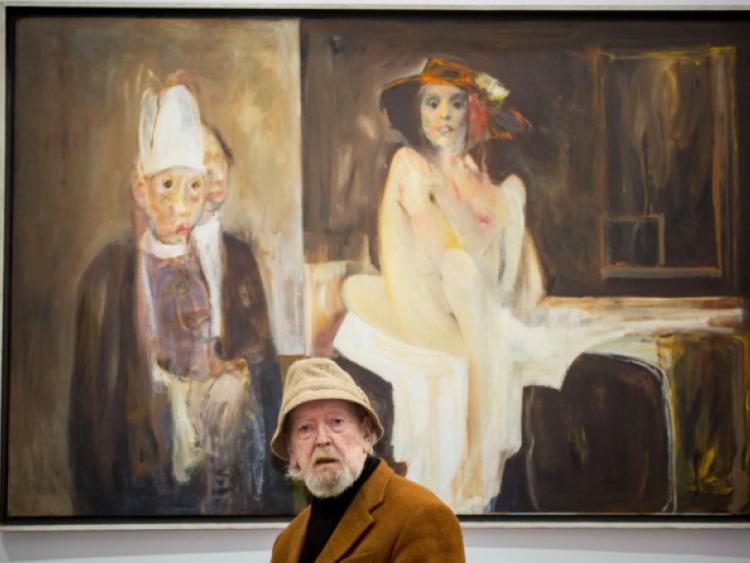 TRIBUTES have been paid to the great Limerick artist Jack Donovan, who has passed away at the age of 80 after a short illness.

TRIBUTES have been paid to the great Limerick artist Jack Donovan, who has passed away at the age of 80 after a short illness.

The father of three who lived in Ballykeeffe and whose work is held in collections in Ireland and across Europe, was cremated in a private ceremony this Wednesday in Cork.

His work was most recently exhibited in Limerick this March, as part of a collection by his former student, the artist John Shinnors’, who selected some of the great works artists from the school have produced over the past 50 years.

Speaking to the Limerick Leader today, Shinnors said the death of his friend is an “irreplaceable loss”.

“He was a pivotal figure in Limerick from the 1950s on, and was the first real artist we ever saw in the Limerick School of Art. He was an iconic figure,” he said.

He described the late artist’s work as “mesmeric” and having the power “to stop you in your tracks”.

Asked recently if he was still painting, Jack replied: “Of course I’m bloody painting. It’s a disease, I couldn’t stop if I wanted to.”

His work, he said, was inspired by imagery from his childhood - Duffy’s circus, the cinema, and plays in the hall in Rathkeale, county Limerick.

One of five children born to Dan and Peg Donovan, Jack was brought up in a thatched cottage, Grouse Lodge, by his grandparents, as his mother passed away 77 days after he was born at the age of 35.

The Listowel writer and playwright John B Keane was one of his first subjects to portray, as the author worked for a time in Dan Donovan’s pharmacy in Rathkeale.

Collections of his sketches feature many of the Limerick poet Desmond O’Grady, and the actor Richard Harris.

According to his family, in school he only had one red and blue pencil, but became enraptured by colour when Duffy’s circus came to town, which would later inspire his work.

In the Irish Arts Review magazine, Shinnors wrote in an article that his favourite painting by Donovan was The Barber and His Wife on Vacation, which he first saw when he was a student in the Limerick school, aged 17.

The current whereabouts of that work are unknown, but Shinnors said the painting that a “profound” effect on him.

“Donovan is that breed of artist who sees the universal in the local. The complex, mysterious, the banal and the simple are uncovered in the life as he lives and experiences here on this small rock on the edge of Europe.

“To me and my fellow students, Donovan was an artist who practised his art almost with us. His self-imposed presence was unique and even in those heady days, unorthodox,” he wrote.

For over four decades he worked prolifically honing his skills as a painter and experimenting with new ways to visually communicate his curious narratives.

In the 1960s he began incorporating collage into his paintings, pasting sections of faces and bodies from magazines and photographs further distorting the line between the real and the imagined.

His very individual style comprised elements of humour, politics, history, religion and the human form creating a puzzle of imagery and meaning that draws the viewer into his work.