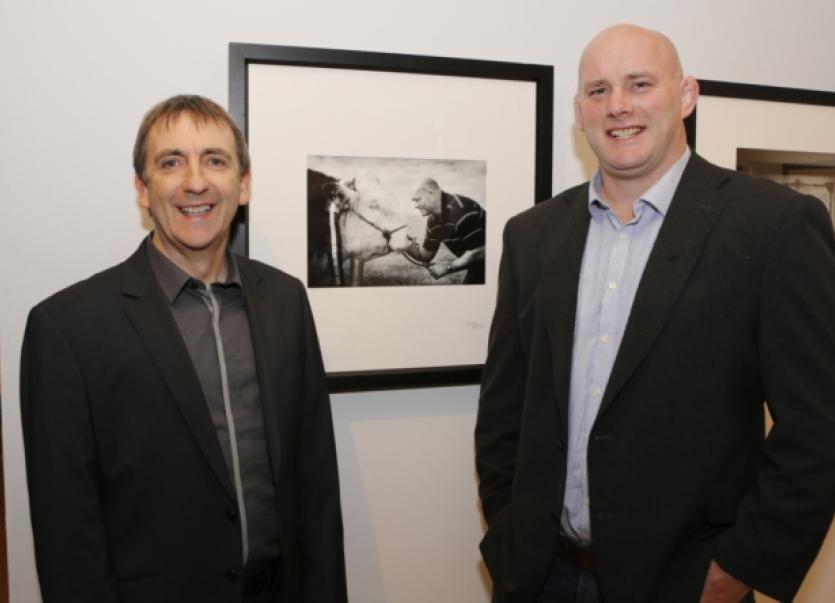 OVER 50 portraits of Limerick people have been unveiled in an unrivalled photographic exhibition of some the city’s best known faces.

OVER 50 portraits of Limerick people have been unveiled in an unrivalled photographic exhibition of some the city’s best known faces.

After two decades behind the lens, photographer Cormac Byrne has presented his long-held dream to exhibit the ‘Faces of Limerick’ exhibition in the Hunt Museum, which will run for several weeks.

Taken over two and a half years, these black and white portraits feature famous Limerick people - at home and abroad - from all walks of life.

Among the 53 portraits on display include politicians, broadcasters, rugby players, former mayors, fashionistas, and even our current President, Michael D Higgins, who grew up on the Ennis Road.

“This was something I always wanted to do. They are people who were born, bread and buttered in Limerick.” he said.

Launched by former rugby star John ‘The Bull’ Hayes, it features a dramatic image of John himself going face to face with a bull on a farm in Thurles.

“I really enjoyed doing it. I thought it was a great photo, with my nickname and the association with farming. There’s been a great reaction to it. He was a massive big bull, but thankfully he was quiet and very patient,” he joked of the shoot.

His brothers in rugby - Keith Wood, Peter Clohessy, David Wallace and Jerry Flannery - are among those who feature in the exhibition, which he said was not surprising given the predominance of rugby in the city.

Riverdance composer Bill Whelan, who was shot by Cormac standing in front of a piano, said it’s “an extraordinary exhibition.”

“It combines humour, character.To come to it as an experience in a gallery you run through a whole gamut of images. I think it’s a really successful exhibition,” he said.

“They bring to life to whole variety of the good citizens of Limerick who contribute to the community,” he said.

Dave Mahedy, manager of the UL Arena for over 25 years, was pictured outside the sports complex with his dog Lulu. “It’s an honour to be pictured up there alongside such exalted company. There are so many people he could have asked I was saying ‘Are you sure you want my face up there?’

All proceeds from the sales of the framed images will go towards the Special Olympics.