Movies on TV: Sixteen films on free-to-air for you to watch this week 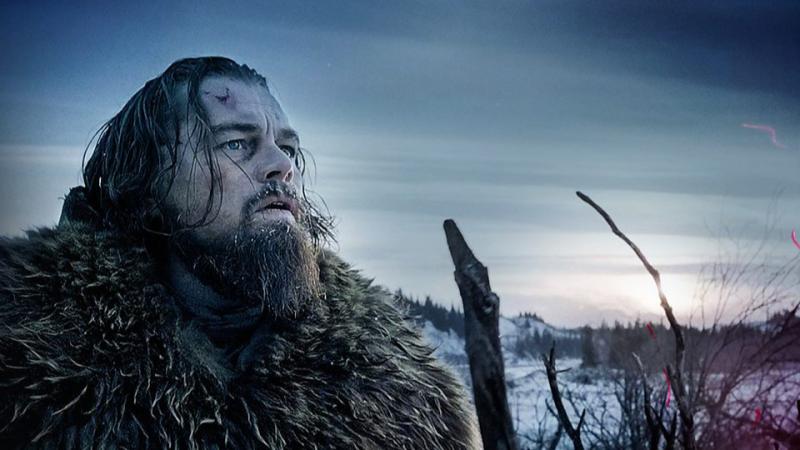 The Revenant has been recommended by Ronan

Hello all. My name is Ronan O'Meara and I've been living in this fine city for 21 of my 41 years. I was always a film fan but proximity to the Crescent Shopping Centre and its adjoining Omniplex turned me into an even bigger one.

I'll watch anything put in front of me but the gangster, horror and western genres will always be the ones I go back to.

Once a week I'll scour the TV schedules (freeview channels only) and find films to watch for everyone. Hopefully you'll find something to hit the spot and maybe you'll even be introduced to a future favourite.

The eternal question. Who's better? Men or women? Watch this and find out. It's 1973 and there's about to be a tennis match between world number one Billie Jean King and ex champ Bobby Riggs that will answer all. An intriguing watch that will make you laugh and then anger you with it's depiction of the double standards, sexism and misogyny that was...and still is endemic in sport. Emma Stone and Steve Carell do great work as the leads.

In 1823 a hunter named Hugh Glass was left for dead after both a bear attack and a bitter betrayal by a fellow hunter. Somehow he manages to survive and he wants revenge. A ferocious film that's a genuine experience to watch. This is not a movie for the faint of heart but it's magnificent nonetheless. Leonardo DiCaprio, Domhnall Gleeson, Will Poulter and Tom Hardy are all outstanding. The kind of film high definition was created for.

Irving Steinbloom has passed on and to commemorate his life his son creates a festival and invites all his favourite musicians to play. If only things were so simple though. This mockumentary from the creators of This Is Spinal Tap is a far more charming affair than it's predecessor but it's easily as funny too and built around an amazing cast playing some wicked parts. Parker Posey, Catherine O'Hara and Eugene Levy excel here.

A new family moves into a remote Irish village that's surrounded by woods. And in those woods lurks......well you're just going to have to see that for yourselves. A disturbing but very interesting Irish take on the horror genre that's sprinkled with more than a bit of Celtic mysticism. It starts off slow but you'll have no fingernails by the end. Joseph Mawle and Bojana Novakovic are effective in the lead roles.

A transport ship crashes on a barren desert planet. Onboard is a murderer. The survivors are busy worrying about him and finding water and little do they realise at nightfall that their problems are just beginning. This 20 year old Vin Diesel starring sci-fi horror is still an effective watch. A full on nail biter filled with characters you'll actually give a damn about played by reliable faces including Radha Mitchell, Keith David and Cole Hauser.

California. The early 70's. 24 university students take part in an experiment. Some are prisoners. Some are prison guards. Some take it all very very seriously. Yes I know it's based on a story that's been debunked these days but this is an intense and unsettling look at the privilege that comes with the smallest bit of power. A fine cast is populated by early turns from loads of up and comers like Ezra Miller, Thomas Mann and Tye Sheridan.

A teenage girl called Sage finds herself in a wee spot bother and the only person she can turn to is her granny Elle. Family issues make it all very awkward when they try to raise the money Sage needs. This starts off light and funny before leaving you shaken and dazed. Lily Tomlin as Elle is amazing in the part and gets to display the kind of range that most actors can only dream of. A heartfelt and very topical watch.

Pittsburgh has become a walled city during a zombie apocalypse and it's inhabitants are facing crises both internal and external. George A. Romero's follow up to his famous Living Dead trilogy mightn't reach the heady peaks of those masterpieces but it's an entertaining and knowing piece of hokum and filled with lovingly crafted gooey treats for the horror fans amongst you. Asia Argento, John Leguizamo and Dennis Hopper lead an eclectic cast.

Sin-Dee Rella is a trans escort on a mission. She's just out of a month in county jail and has found out her fella has been cheating on her. She sets off across Los Angeles to find him. Sean Baker's 2015 film is a mesmerising watch shot entirely on iphones. It could have been dark but it's a unique, lovely, funny and compelling watch that you'll lose yourself in, in no time. Kitana Kiki Rodriguez as Sin-Dee is just brilliant.

After she causes a mistrial in a murder case due to disagreeing with the rest of the jury, Miss Marple joins a local theatre group to snare the person whom she thinks it the real culprit. A great whodunnit, funny and well made with a lovely story. You can't beat a Miss Marple film, they are just pure comfort food for the eyes. Margaret Rutherford as always is excellent in the lead role with a who's who of British faces in support.

Time for a really good Boston set crime drama with Ben Affleck and Rebecca Hall. A bank robber tries to go straight but circumstance and old acquaintances won't let him. Affleck acts and directs with skill, is supported by a decent cast that includes Blake Lively and Jeremy Renner and it's a story full of tense, well shot action set pieces. If your TV has a subtitles option turn it on because the Southie accent is a tough one to follow.

A father and son called Woody and David are taking a trip from Montana to Nebraska to claim a prize. Woody is slowly losing his memory to dementia and David is dragged into the mess created along the way. Alexander Payne's comedy drama is a beautifully written and crafted look at the complexities of family relationships. Plus it has a couple of wicked belly laughs hidden away. Bruce Dern, Will Forte and especially June Squibb are all on fire.

New York City is under siege. BY GHOSTS!!! Three scientists and a subway worker come together to fight the forces of darkness. Things get slimy and there's a surprising lack of wontons too. Sad internet fanboys shrieked when it was announced this reboot would be female led and shrieked even louder when it turned out to be a scary and hilarious treat. Kristin Wiig, Kate McKinnon, Leslie Jones and Melissa McCarthy all add to the joy.

Theodore has fallen in love with Samantha. There's a bit of a problem though because he's a man and well.... Samantha's an operating system. Siri you say? Spike Jonze's blend of science fiction and romantic comedy is a surprisingly tender and intimate watch and not half as odd as it sounds due to a couple of mighty turns from Joaquin Phoenix and Scarlet Johansson. Give it a go, it just might make you swoon.

A biopic of the football manager Brian Clough covering his very short tenure as manager of Leeds United. Even if you aren't a footie fan you'll like this one. Clough makes for a very watchable lead character, a man who's ball of contradiction and who's always enjoyable to watch. Michael Sheen is superb in the lead role and the supporting cast is a who's who of well known British talent. Plus there's Colm Meaney who always delivers.

Frances and Richard are a newly married couple and they're off to Europe on their honeymoon. There's no beaches and cocktails for them though, because they are also a pair of spies working for British intelligence. This is a lot lighter than it sounds, a funny and quite knowing movie with a nice line of suspense running through it to keep you fixed to the screen. Joan Crawford and Fred MacMurray are first rate leads and it's good to see Conrad Veidt play a just person for once.