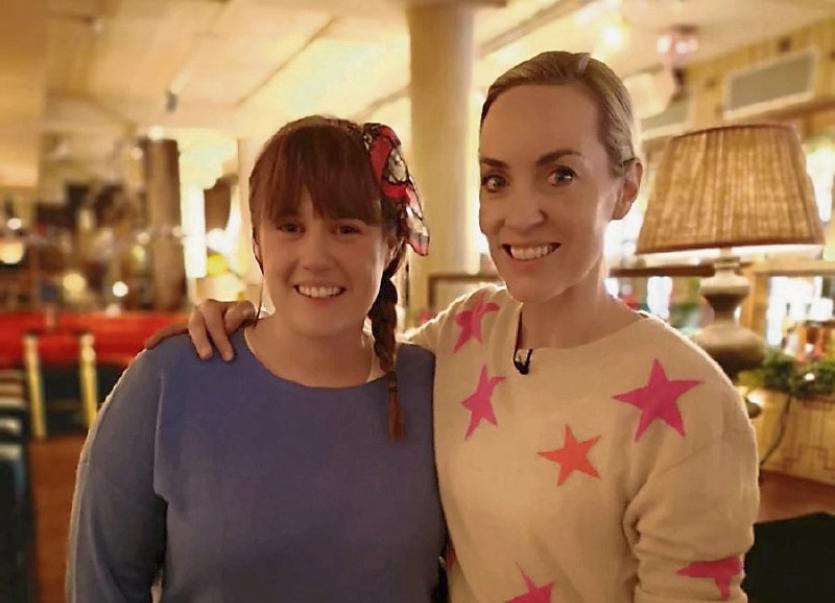 A LIMERICK woman who has captured the nation’s hearts in this year’s Operation Transformation series has become pregnant after two previous heartbreaks.

Thirty-three year old Jean Tierney from Holycross, Bruff, who works at House Limerick, revealed on Wednesday's edition of the RTÉ Show that she is pregnant for a third time.

Her wonderful news means she will be withdrawing from taking part in the Operation Transformation programme but viewers will be hoping that the inspirational Limerick woman will walk the catwalk for the finale in week eight.

Jean’s previous heartbreak was the key reason she applied for Operation Transformation.

It was due to the tragic death of her little girl Sloane, or Warrior, at just five days old last January – and a miscarriage later the same year.

She revealed the news to host Kathryn Thomas, who travelled to Limerick for an emotional interview with Jean who revealed that, after her previous heartbreak, she is pregnant again.

She said she and her fiance Paddy were thrilled at the discovery - describing it as  "the best thing ever.”

Because of her difficult medical history, she was ordered to stop following the weight loss and training programme.

News of Jean's pregnancy has sparked massive discussion on social media with #OperationTransformation trending on Twitter.

Here’s to Jean – an incredible leader who’s stepping back from the programme but still part of the OT family #rteot #operationtransformation #makeastart pic.twitter.com/ayqU49Iwn6

Such a nice reason fora leader to be stepping back from the show, congrats to Jean, that woman is such a beautiful person, I wish her all the best ❤️ #operationTransformation @OpTranRTE