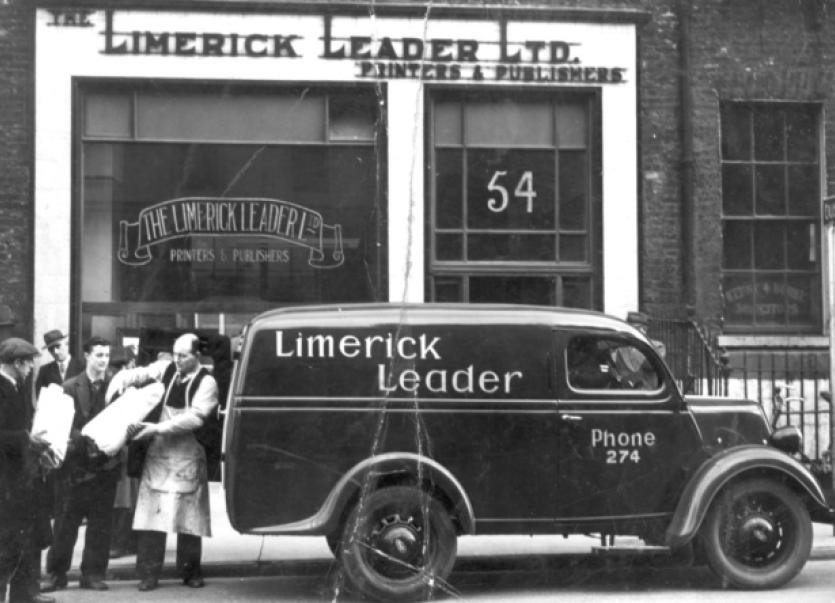 THE Limerick Leader’s 125th anniversary is to feature in a special edition of RTE’s Nationwide programme this Friday at 7pm.

THE Limerick Leader’s 125th anniversary is to feature in a special edition of RTE’s Nationwide programme this Friday at 7pm.

RTE’s Mid-West correspondent Cathy Halloran visited the paper recently and spoke to senior journalists about the Leader’s role in local life since its foundation in 1889.

Her report will also highlight the Leader’s rich photographic archive - more than 300 of the best pictures taken since the early 1950s are included in a new book, Limerick Through The Lens, which is proving very popular locally.

“I’m delighted that Nationwide has chosen to recognise the Leader like this,” said editor Alan English.

“It has been a memorable anniversary year and this rounds it all off nicely. I’m sure our readers will enjoy the programme.”

Friday’s broadcast will be an all-Limerick special and will also feature the Music Memories and Memorabilia exhibition, from the collection of local DJ Nicky Woulfe, which drew big numbers during its run as part of City of Culture year. It will also look back in time at the Limerick music scene.

The Music Memories and Memorabilia exhibition, which was a musical journey back in time and celebrated six decades of recorded music, attracted over 6,000 visitors in its two-month run.

A section was dedicated to the history of Limerick music on vinyl, along with framed photographs of many of Limerick’s finest musicians, song writers and musical artists, including Bill Whelan, Richard Harris, The Cranberries, Granny’s Intentions, Reform, and Johnny Fean of Horslips, several of whom visited the exhibition.

Efforts are under way to try and make it a permanent attraction in the city.