Then & Now: New GAA book is a treasure trove of historic information 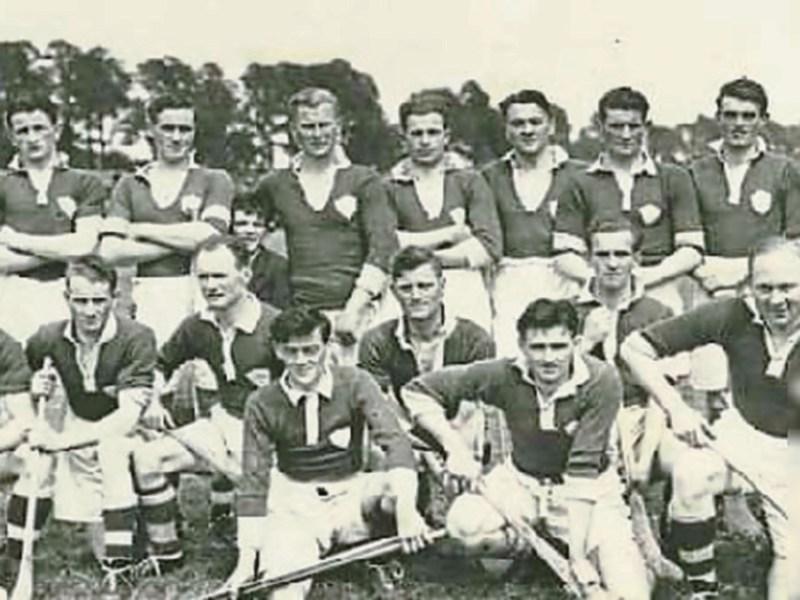 I WELCOME the addition of the Askeaton/Ballysteen GAA Story 1884-2020 to the bookshelves of Limerick. Of the close on 70 clubs in the county only a minority to date have published their club history.

The author Paul Anglim is a native of Ballysteen, and he has served the club as a player, mentor and administrator. I first became aware of Paul in 2002, when I held a GAA Exhibition in the Library in Newcastle West to mark the Centenary of the West Limerick GAA Board.

I had details of all the clubs within the division on display and he was very interested in what was collected. Since then, he has contributed to Limerick GAA Yearbooks, The Old Limerick Journal, ABC News and other publications. He is also author of Saoirse, The Askeaton/Ballysteen Story 1798-1921, which was published on the Centenary of the Easter Rising in 2016.

Why a club history readers may ask? Well, the GAA is a community organisation which encourages togetherness and unity. The basic objective of any club is to promote in every way possible our national games of hurling, football, handball, rounders, camogie, ladies’ football, schools and Scór.

At parish and club level our games give us a pride of being members of a particular parish, because of the exploits of our players and teams. The GAA club within most parishes (especially rural areas) is the focal point of activity and this was very evident since Covid struck with members playing an active part in supporting others.

Growing up in a sports house I became aware of the Askeaton/Ballysteen club at an early age from reading the Limerick Leader and Weekly Echo newspapers in the mid 1960s. This was a high point era for the club winning three County senior football titles in 1964,1965 and 1966 matching the great Galway teams three in-a-row of football All-Ireland titles. I remember listening to the 1965 Munster senior football Championship final on the radio, where Limerick led Kerry a merry dance in the first half to lead by 2-5 to 0-6 at the short whistle.

Kerry recovered to claim victory by nine points in the second half. When Limerick played Mayo in the first round of the National Football League in October 1966, Askeaton club had seven players on the team, with Tomás Sheahan joining the above six.

Askeaton were a force in hurling also and won three West Minor hurling championships in 1945,1946,and 1947 and were county runners up in 1946. Paddy Fitzgerald kept the club hurling flag flying and he represented Limerick and Munster, winning a Railway Cup medal in 1946, and a National League medal in 1947.

Askeaton purchased their playing field of five acres in 1958 for five hundred pounds, from loans received from people of the parish. In 1960 it was the venue for its first National Football League match between Limerick and Clare. Clare won by 2-7 to 0-4 and Tommy Carrig from Ballysteen was corner forward.

In 1966, The club bought five additional acres of land in 2009 and developed a hurling alley there. A new roof was put on the clubhouse in 2002, and new toilets were erected. At present they are working on a three year plan to upgrade their facilities.

Mai Collins was a member of the Askeaton GAA Committee and the only woman occupying a position on a executive body of the GAA in Ireland. She received a gold and black plaque after the 1965 county victory. In 1993 a Ladies Gaelic football club was formed in the parish under trainer and manager Tommy Carrig, and later Paddy Ivess.

The Askeaton Memorial Day was launched in 2010, to honour those who have kept the GAA flame alive in the parish. Cups were donated by the family of 21 people on the first Memorial Day.

The Ballysteen GAA Club was reformed in 1992 and had no permanent field of their own and had to play all their matches away. The Ballysteen Sportsfield Committee was set up in 1999, with the aim of purchasing and developing a sportsfield. They rented for a few years and in 2003, they bought the present field in Ballincourty.

After years of fundraising and work the first competitive match was played in Ballysteen's new field on March 30th, 2013.

The club has also enjoyed success at underage and senior Scór, and at primary and secondary school's level. They have supplied referees and also seen people from the club elected to the West and County Boards.

The contributions of so many people are recalled within the covers, and rightly so. I enjoyed glancing over the pages for this column, and locals will enjoy the treasure trove of past memories.

During my time as PRO of the West Limerick GAA Board I had the pleasure of attending many of the clubs matches during the 1990s.The hurlers enjoyed a number of West and County final wins, which was nice to see after playing second fiddle to the footballing side of the club.

The work of Francie Kenny, Dick Costello, Vincent Gallagher, Hugh Keaveney and others had paid off. John Carrig, Jim Enright, Michael D Ryan, Tom Mc Donagh and Patrick Holland were involved as officers and present at Board meetings at the time.

My own club Saint Kieran's and Askeaton and Ballysteen have been great rivals on the playing fields and good friends off it over the years. I recall seeing many of the three in -a-row team of the 1960s playing Finuge in the Carrigkerry Carnival Tournament matches around 1970.

They were mighty matches with no quarter asked or given. In the 1970s, and early 1980s Askeaton and Saint Kieran's dominated the West Senior football championship. From 1973 to 1986, they won 13 of the 14 titles.

This history will evoke memories of the great games and sporting events of the past for both players and spectators . It will give a sense of their roots to the young people and inspire them to emulate their elders, into the future. It will also be a link with the homeland for all those people who have settled abroad.

The 448 page hardback is the result of nearly a decade of research and interviews by Paul. The cover design is by Austin Bovenizer from Reens showing a map of the townlands and both club crests. The book has over 350 images and 560 references and will be retailing for € 20.

Its publication should inspire other clubs to do likewise and honour their own past and present achievements. I congratulate Paul and all involved in bringing it to fruition.

The launch by sports journalist Matt O'Callaghan was held in the Ballysteen Sportsfield on Sunday September 19 and the books are on sale in the local shops.