Then & Now: Limerick writer had a gift with the quill 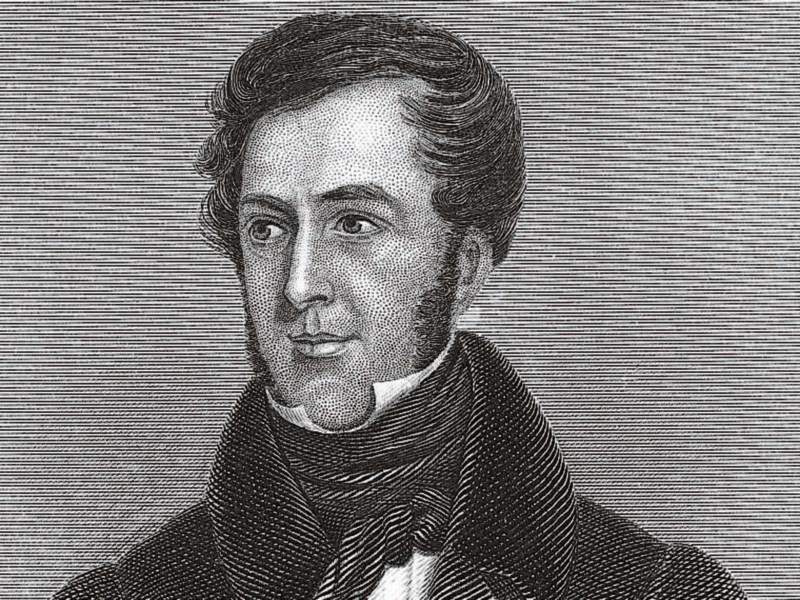 THIS THURSDAY, December 12 is the birth date of one of Limerick's finest writers Gerald Griffin, who was born in 1803.

He will be best remembered for his novel The Collegians, which was set against the Limerick background that he was so familiar with. It won him widespread acclaim when it was published in 1829. The book told the story of a famous murder in county Limerick in 1819, in which two men were executed for the murder of Ellen Hanley known as "The Colleen Bawn". The two hundred anniversary of the event has been marked throughout this year. The Collegians was his most successful work and it was put on stage in a play and in an opera, in Dion Boucicault's "The Colleen Bawn" and Julis Benedict's "Lily of Killarney".

Gerald was born in a house at the Clare end of Thomond Bridge in Limerick City, the ninth son of fourteen children born to Patrick and Ellen Griffin. This area was in the most fashionable part of the city mainly inhabited by the Protestant gentry and close to the Protestant Saint Mary's Cathedral. His father was a brewer in the city, but the business was not thriving, and poverty was an issue. He was a bright child and performed well at school; he was also religious, and he served Mass. He was a small delicate and slender child with shy dark eyes, and this shyness outside the family circle stayed with him all his life.

In 1810 the family leased land at Marrowbone near Loughill in West Limerick. They built a house overlooking the River Shannon called "Fairy Lawn". A tutor who was fond of quoting Shakespeare and Goldsmith was hired for the children. A lasting impression took hold on Gerald's imagination from these quotes which helped in forming his passion and style of writing . His life was tranquil and peaceful, and he spent the long summer days with his brothers and sisters playing on the golden beach and bathed in the glittering waters.

He was very fond of fishing in the "Owvaun " river running through Ballyhahill and Loughill, to join the Shannon . He refers to it in his poem Know you not that lovely River.

Know you not that lovely River?

Whose gentle flood, by cliff and wood,

With wildering sound goes winding ever,

Oh! Often yet with feeling strong,

On that dear stream my memory ponders,

And still I prize its murmuring song ,

For by my childhood's home it wanders.

Gerald attended school in Limerick under teacher Mr O'Brien, one of the first classical teachers in the city for a while in 1814. He returned to Loughill School where Mr Donovan was the teacher. His parents and most of their children decided to immigrate to Pennsylvania in 1820 leaving Gerald , William, and younger sisters behind. William was then a doctor and a short time later he took up residence and opened a practice in one of the thatched houses in Adare.

The family including Gerald moved there and spent some time roaming through the glades , and woods of the Dunraven estate, and watching the forever changing babbling river Maigue. Fairy Lawn and Adare left lasting impressions on Gerald for most of his best-known poems were written about them.

From his mid-teens he was interested in literature and wrote several plays. He had gathered a lot of stories from the people he had grown up with and he had also seen at first hand the poverty evictions and diseases in Limerick. He was ambitious and his brother William paid his passage to London in 1823 to seek his fortune as a writer, or journalist. He became friendly with the Irish writer John Banim, who helped him to find some journalistic work.

Two of his plays The Tragedy of Aquire, and Gissippus, were rejected and he switched to writing poems, and stories for magazines. The method of payment was slow and unsatisfactory, and he endured tough times keeping body and soul together. He turned his attention to the newspapers, and he spent time as a correspondent and reporter . In time his talent became recognised and his articles began to attract lots of attention.

Gerald secured a deal of one pound per page for his contribution to the News of Literature and Fashion. The paper ceased publication in 1826 and with encouragement from his brother William he turned to writing Irish stories. The book Holland-Tide was completed in late 1826 and Simpkin and Marshall purchased the copyright for seventy pounds.

In January 1827 he returned home following the death of his sister and wrote "Lines on the death of a Sister" which consisted of two tender sonnets. Gerald went to live in Pallaskenry with his brother William and often returned to Fairy Lawn to write, and he finished another collection of stories Tales of the Munster Festivals. He continued to write about local places with nostalgic charm.

That hears the roused Atlantic roar.”

Gerald returned to London and wrote his most successful work The Collegians which appeared in the winter of 1828. It was pronounced by the critics to be " the most perfect Irish novel published". He also published the following novels: The Rivals, Tracy's Ambition, The Christian Physiologist, The Invasion, and the Duke of Monmouth.

In 1835 another collection of short stories Tales of my Neighbourhood was published. He also wrote several ballads and poems including: My Mary of the Curling Hair, Hi-Breasail, Eileen Aroon, Gille Ma Chroi, and Adare. Gerald had a relationship with a Quaker Lydia Fisher a married woman who supported his work. In time he became frustrated with the difficult situation and he turned to religion. He confided to his brother William that he feared his writings had not been of any benefit to the people. He had a vision of dying young from his youth which helped him to decide to enter a monastery.

He divided his property among his brothers, and he collected all his unpublished work and burned the most of them. On September 8, 1838 he enrolled in the Christian Brothers in Dublin under the name of Brother Joseph. The following summer he was transferred to the North Monastery in Fair Hill Cork, where he taught religious studies. His health began to fail, and he fell ill after catching typhus fever. He died on June 12, 1840, exactly 36 years and six months from the day he was born.

Gerard was buried in the monastery cemetery and a stone with the inscription, “Brother Gerald Griffin” marks the spot. Following his death one of his manuscripts was discovered and published as Tales of the Jury-room. Two years later his play Gissippus was successfully staged at Drury Lane, London. Streets have been named after him in Limerick and Dublin as in the GAA club in the parish of Loughill-Ballyhahill.

A fitting epitaph to this gentle poet and son of Limerick are words he wrote in one of his meditations:

A few days and there will be no more

Talk of you, make friends then beforehand

In the land to which you are going

And which is much nearer than you think,”

Gerard was one of Ireland's finest poets, and we remember with pride his contribution to literature on this Thursday.