Then & Now: Ode to the good old GAA 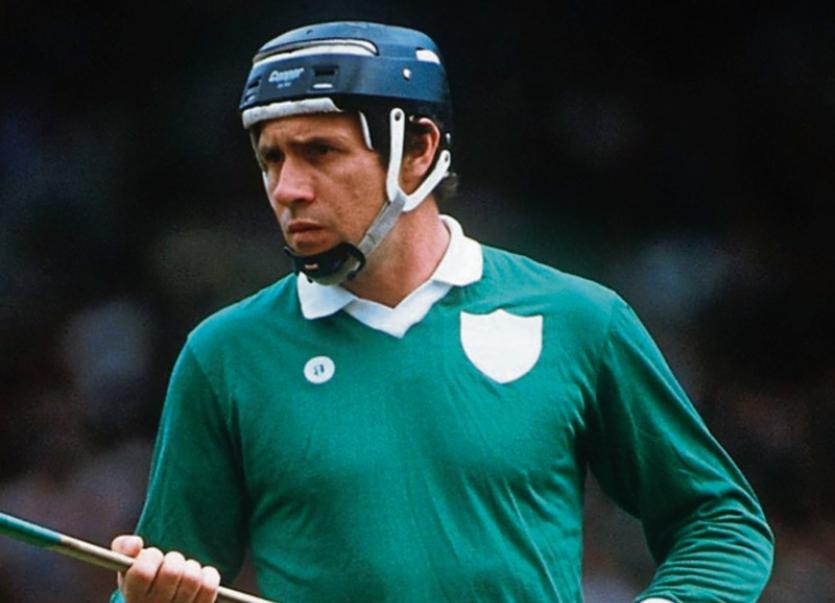 GAA SONGS represents a treasure trove of material in which hidden townlands, parishes, and stirring events in their history are all faithfully recorded.

The authors comments represent a real love for the home ground, the hills, valleys rivers streams, brown bogs and wildflower covered meadows, and the twisting roads leading to chimneys of contentment.

Their love for their native place, triumphs and achievements gush out like spring water. I pay tribute to them all, enjoy reading through my own collection of 300 songs poems and recitations.

Our first song this week Parish Derby '83 from the pen of Eamon Devereux , tells the story of a match between Patrickswell and Ballybrown whose players are drawn from the same parish. I include three of the five verses:

There's a parish not far from the city, a parish of fame and renown

Tis there you will meet mighty hurlers, from the Well or else Ballybrown

They conquered the rest of the county, whether from City or town

At long last they met in the final Patrickswell and brave Ballybrown.

The scene was now set for the final , the rivalry really was keen

The Well they were led by Len Enright, a defender quite well known to all

While Ball brown's leader was Tony, a son of the famed Teddy Hall.

The Well started out as strong favourites, and this time the tipsters were right

But Ballybrown's day is not over, they'll be back at the top before long

Next A Ball and a Bull Story from Michael D Ryan Askeaton.

I tell you a story, a story that's no joke

About poor Paddy Molyneaux doing umpire up in Croagh

And Paddy, being a lively chap went out to fetch the ball.

Now in that field and all alone stood Davy Hannon's bull

Deprived of his conjugal rights, he had murder in his skull

Our Pat he spies, his hackles rise, and straight at him he rushes

And sends him sailing through the air and lands him in the bushes.

The players came to the rescue and chase the bull away

And thankfully our Paddy lives to flag another day

But one thing sure and certain, though he lives to the full

Willie Ryan from famous Ballymackeogh in Newport, well known balladeer wrote a tribute to his workmate and friend Paddy Enright of Ahane and Limerick full back fame, on his 80th birthday. I include the following random lines:

In the townland of Ballyvarra in the parish of Ahane

And where many a score was settled in the lane across the way.

And he wore the Limerick jersey too with distinction and pride

Oh; who will forget that fine young team in nineteen and fifty five.

How proud they were on that hallowed spot, marching with the Artane band

And though they were unsuccessful, Paddy gave a great display

And held Nicky Rackard scoreless on that sunny August day.

At last the Hurley he left aside, other pursuits now he found

Contented in his retirement years where the Mulcair waters flow

Reliving again the glory days, the days of long ago.

Michael O'Hehir was the voice of the GAA for many years, on the radio, and later Television. He had the great gift of making an ordinary encounter sound like a tremendous match as he lit up our young lives. I came across ten tribute verses ( author unknown) which I now share:

I summon up the shades of long ago

When Michael's voice was on the radio.

He took us from our country cottages

And left us sitting in the Hogan stand

Beside the church and civil dignitaries

While Artane boys paraded in the band.

And every point becomes a wild hurrah;

A goal explodes to blast us from our chair

And finally, the game is over now

The voice of our youth is still at last:

A glory has departed from our lives;

A beauty that never will be surpassed.

And oftentimes I shed a silent tear

For lovely, summer evenings long ago,

When I was young, and life was tender sweet

And Michael's voice was on the radio.

Several lovely verses were written about the late Feohanagh, Effin, and Limerick hurler Tommy Quaid. He enjoyed a very successful career, and Séan O'h Airtnéada from Abbeyfeale, composed the following after he won the Poc Fada in the early 1990s.

The homeland of hurling they claim is in the south

But the Poc Fada's promoted in north county Louth

Cuchullan and Ferdia they fought at Ardee

But 'tis young Tommy Quaid we drove here to see.

The Poc Fada is starting , they're eager to go

With the bay of Carlingford resplendent below

Tommy Quaid from Feohanagh did not let us down.

When he won the Poc Fada we cheered ourselves hoarse

With 57 pucks he completed the course

Engineering in Milford his fame will endure

He took over in goal from Seamus Horgan of Tour.

Farewell to you Cooley so scenic and grand

Sure, I know that area like the palm of my hand

Omeath and Carlingford and lovely Greenore

Tommy Quaid's the new champion we are thrilled to the core.

I conclude with Mud and Marriage from Michael D Ryan. Over ten verses it tells the story of how a wife changed her attitude to Gaelic games.

Of a handsome young maiden, I'll tell you a tale

This maiden did marry a gallant young Gael

Who often went hurling as gallant Gaels should?

And brought home in his kit bag a fair portion of mud.

Now things were alright in the honeymoon year

And oft midst the flowers herself would appear

Did nourish the Dahlia and brighten the Pansy.

But after a while the love faded in patches

The pity was she never went to the matches

Till her mother advised her with the wisdom of mothers

"Go follow him round or he'll look for another."

So, she went to the final and she was disgusted with the ranting and raving, of respectable women in wild jubilation, until her husband scored a goal and got her screaming.

Aye, lipping and screaming as loud as them all

"Come on Paddy me darling, will you pull on the ball!"

"Stand down on him you there, you're too blooming tender

Every man a man ! Give them timber, boys timber,"

So now, as she scrapes off the mud from his boots

And places it round the Chrysanthemum roots

She smiles at the red rose its soft petals curling

Saying "Thanks be to God for the mud and the hurling."