Alone It Stands returns to stage after five year break 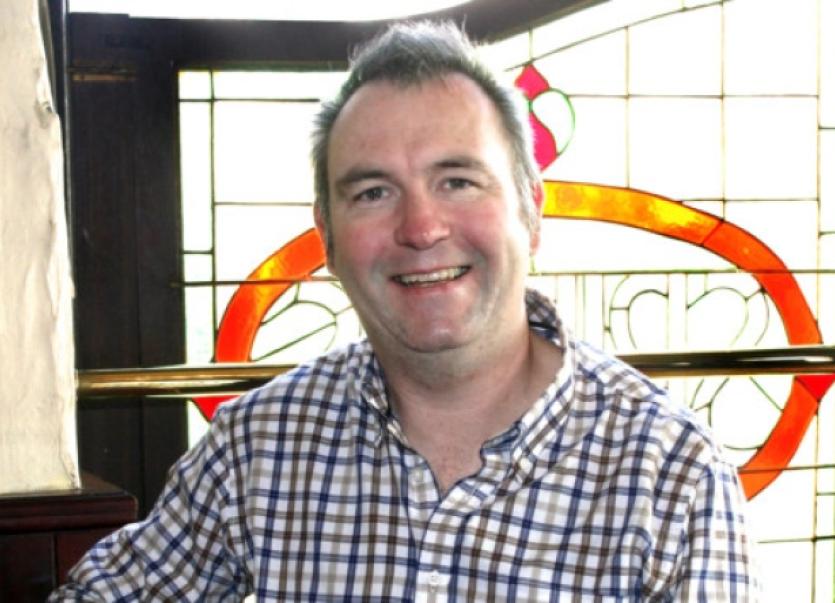 THE last time Alone It Stands was performed before being resurrected for a new run this year was the day of the Munster All Blacks match in Thomond Park in 2008.

THE last time Alone It Stands was performed before being resurrected for a new run this year was the day of the Munster All Blacks match in Thomond Park in 2008.

At Bohemians’ request, John Breen brought the actors in the award winning play - a visceral, high tempo telling of the famous match between the team in 1978 - from LIT’s Millennium Theatre to the Strand Hotel, where they performed sections of the play, and the Haka, for current and former New Zealand rugby players, some of whom feature extensively in Breen’s famous work.

“The last time it was on the cast performed the Haka in front of the All Blacks, which was a scary thing,” laughs the Limerick man, who wrote the world famous play in 1998, and saw it performed from small rugby clubs to the Sydney Opera House and the West End over nearly nine years.

“It was brilliant, we got a police escort from the theatre to the hotel, I felt like a rockstar. That was literally the day of the game and a few people from the original game spoke at that and then we all went up to Thomond Park and watched Munster nearly win again!”

The South Circular Road playwright is fiercely proud and protective of his play, which he wrote and directed over the period, and has decided to bring back after a five year sabbatical.

“It had been running, not constantly, but pretty regularly from 1999 to 2008, nearly every year for about three or four months a year,” he explains.

“And then in 2008, when the big game between the All Blacks and Munster took place, I thought that was a pretty place to draw a line under it.”

Persuaded to bring it back, Breen is again in the director’s chair for the piece, which interweaves real life stories of the players, the match and fictionalised episodes from Limerick surrounding the game to hilarious, and heartbreaking measure.

“The play itself is like a finely tuned wristwatch, it is a very delicate mechanism that runs together very intricately, but when you bring new actors to bear on it, they discover new things,” he says.

“There are a few new elements, gags, some of the choreography is different, but I think it is as good and as tight as it ever was, and we have great actors, including Eleanor Tiernan in her first stage role,” he  adds.

The play has been such a part of his life that you would expect him to tire of it, but just the opposite, which is a testament to the exquisite writing he produced back in 1998, on the 20th anniversary of the famous 12-0 over the All-Blacks.

“As an adventure it has been unparalleled and I am very grateful. I know, no matter what else I do in my life, I am always going to be the guy who wrote Alone it Stands, but you know what, I am ok with that,” he adds.

Alone It Stands runs in the Lime Tree Theatre from March 19-23, see www.limetreetheatre.ie.