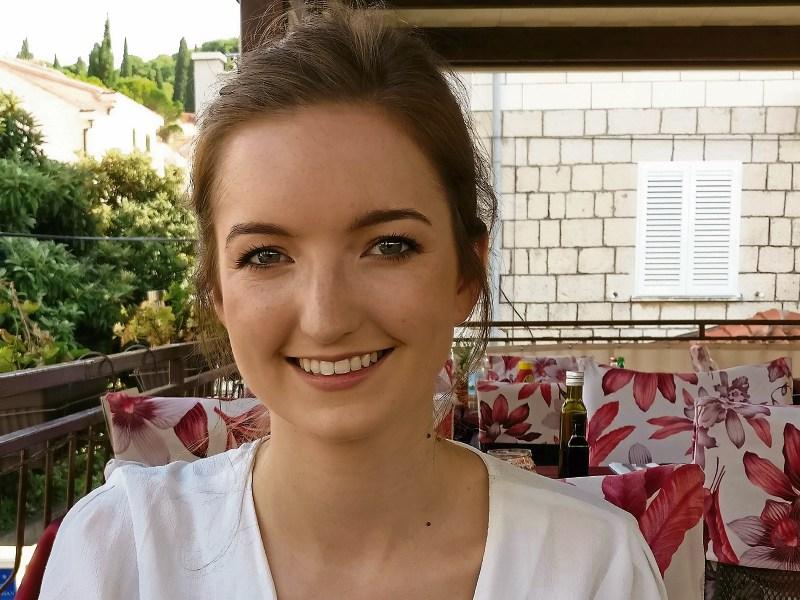 Originally from a small village in the West of Ireland, I never set foot in Limerick until the day I attended Limerick School of Art and Design’s open days.

Walking into LSAD, I knew instantly that this was where I wanted to attend college. Enthralled by the architecture, the friendly people, and the creative atmosphere, I couldn’t imagine myself being anywhere else. I attended a small primary school in a village called Attymass, Co Mayo, with my class being the largest (14 pupils!). Art was always the part of the day that I looked forward to in primary school and began winning art competitions. After primary school, I moved to Castlebar where I went to St Joseph’s Secondary School. I have just recently graduated from LSAD with a First in Animation and Motion Design.

One of my oldest and most treasured memories was sitting on his lap at the kitchen table and drawing together for hours everyday. I would draw on any surface I could find, envelopes, phonebooks, and I once even took my grandmothers lipstick to the wallpaper. My granddad had videotaped nearly every episode of Bob Ross and we would watch them in the evenings.

As I got older I became fascinated with my granddad’s storytelling, and began creating my own stories with the aid of drawings.

When I did the Animation elective at LSAD, I knew straight away that this was what I wanted to do with my life. I loved the mixture of storytelling, visuals, and audio, and the methods of bringing it all to life. I remember the first time I made a hand drawn animation on a flip book, it actually felt a little bit like magic. Although the process was slow and tedious there was nothing more rewarding than seeing your drawings come to life before your eyes. I became obsessed with movement and I loved the challenge of trying to make it visually as smooth as possible.

Ideas for animation can come from anywhere and when you least expect them, often randomly hearing something interesting sparks my imagination.

I follow the work of animators and illustrators that I admire which then ignites new ideas, for example, about animals or wildlife. I also draw inspiration for colour palettes using the natural world, such as the warm tones of sunsets and the blue hues cast by moonlight. I love playing with lighting and shadows in my work. Movement is very important to me and that’s why I love to draw animals to capture them in motion. To do this I use a loose, fluid style and a hand-drawn aesthetic and even when drawing digitally I tend to use natural brushes to mimic pencil and paintbrush strokes.

For my LSAD Graduate Show I chose to base my animated short on true events that occurred during the Soviet Space race, but told through the eyes of the heroic little dog involved, Laika.

Throughout this animation I explore the blind trust and unconditional love dogs place in people. Pursuing the strong bond between canines and humans I depict how easily a relationship can be established and then broken. Through the innocent eyes of a dog, the viewer experiences first hand the tragic betrayal of trust experienced. For my exhibition space, instead of opting for a plinth, I decided to make a replica of the capsule that Laika was sent out into space in, (using a giant Perspex sphere suspended on a metal tripod). I placed the monitor displaying the animation inside the sphere so the viewer could watch the events unfold from where Laika was seated during lift-off to emphasise the emotional impact of her sacrificial death on November 3, 1957.

There are a lot of elements involved in making an animated film, from script, through storyboarding to finished animation.

Storyboarding is one of the most crucial elements as it cements the storyline and the composition of the scenes. For my animated short I drew the characters digitally using software called Toon Boom. This allowed me to animate quickly frame by frame at twenty-five frames per second. I created the background with a mix of traditional and digital techniques. I first drew the assets by hand in a sketchbook with a pencil and then scanned them into Photoshop where I painted them digitally and pieced them together to create the finished background.