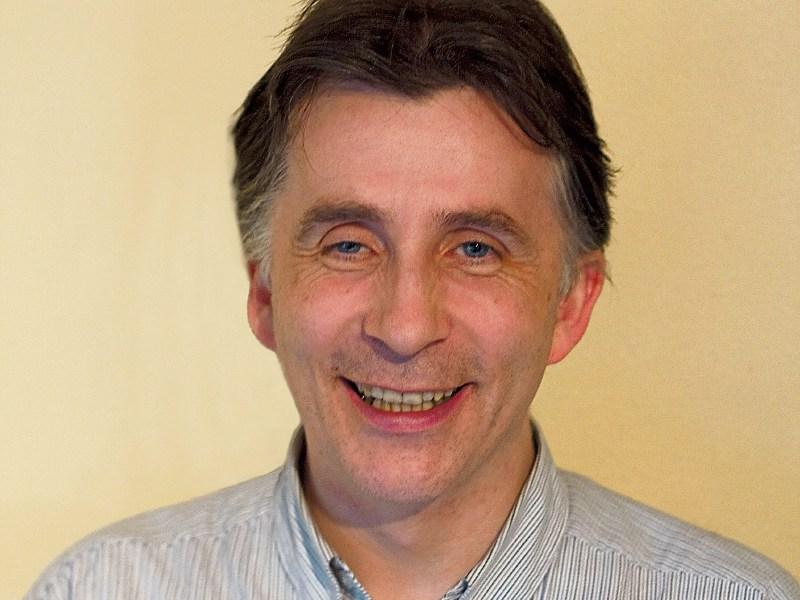 BORN in London, I started school in Coventry, before we moved back to Ireland, settling in Galway, when I was just seven years old.

I went back to live in London again for a while in my early twenties but have lived in Galway since 1994 (and live there today). Originally, I started school in Coventry, when the Secretary of State for Education was one Margaret Hilda Thatcher. Later, when we moved to Galway I attended St. Pat’s and ‘The Bish’. I then spent a disastrous year not studying science at Carlow Institute of Technology, and then an only slightly less disastrous two years, studying economics, politics and the like, at Middlesex University in London.

When I was younger I did not have much of an interest in poetry, (no one in our family wrote poetry before me) however, the ‘muse’ finally spoke to me, when I was studying Yeats at school.

I was struck by his line about the shopkeeper ‘fumbling in a greasy till’. Back then, I was a young Trotskyist, being a member of the ‘Militant Tendency’ alongside Joe Higgins, Clare Daly, and Ruth Coppinger.

Being a writer is a great life in many ways as it is fantastic to have an outlet for your thoughts.

The downside, however, is that if people don’t like your thoughts, (and a lot of people in powerful positions don’t like mine), then they will try and quietly suppress you by promoting brown-nosing mediocrities ahead of you. But it was ever thus. If they had been around at the time many of those who administer our bigger literary festivals would have gotten jobs wiping the bottoms of Joseph Stalin or Hermann Goering.

That said, some ‘creatives’ are valued enormously by ‘society’, as some people like to call it.

If you are prepared to be the literary wing of the ‘vulture funds’ who now own much of this country, having been handed it at a knock-down price, then the rewards can be vast.

Hardly anyone will read your poetry, but it will get published and the powers that be will send you around the festivals and pretend that they think you are great. However, I have no interest in that end of things.

What is of huge interest to me are the possibilities the internet provides for bypassing the Fine Gael/Labour/Fianna Fáil-supporting hacks who run most of government-funded literary Ireland, (in the process getting poems, particularly satirical political ones to a wider audience). For example, my poem satirising Irish Water was read by thousands, as has my poem about the Eight Amendment, which was first published on Clare Daly’s website.

To date, I have published seven collections of poetry and one book of essays.

My most recent book is entitled; ‘Song of Songs 2.0: New and Selected Poems’ which was published by Salmon last year. Political satire has become the predominant theme in my poems, over the last four years particularly. But I, also, write about things like the chronic lung condition I have and how silly Rosanna Davison is. Nothing human, or inhuman, is alien to my poetry. The other week I published a new poem entitled ‘The Captive Butt’ (an homage to Czeslaw Milosz’s ‘The Captive Mind’) on Broadsheet.ie about actual arses in the Irish literary world, though I think I made them a little more haggard and pimply than they, perhaps, are in reality, though of course I can’t be sure.

To put it another way, it can be a force for truth, sometimes bluntly told, or a force for beautifully presented lies. Funnily enough, despite my leftist background I tend to prefer conservative poets to liberals, though socialist writers such as Brecht and Orwell and the great American poet Muriel Rukeyser are my favourites. John Dryden and Alexander Pope were both conservatives but they were not liars; I love the viciousness of their poetry and find it a great inspiration.

UL academic Eoin Devereux will host a public conversation with poet, Kevin Higgins, on the subject of ‘Poetry and Politics' on Thursday April 19 at the Granary Library. The event forms part of the Limerick Writers’ Centre ‘April is Poetry Month’ extravaganza. For more info about this and other events please contact Dominic Taylor, at the email:limerickwriterscentre @gmail.com