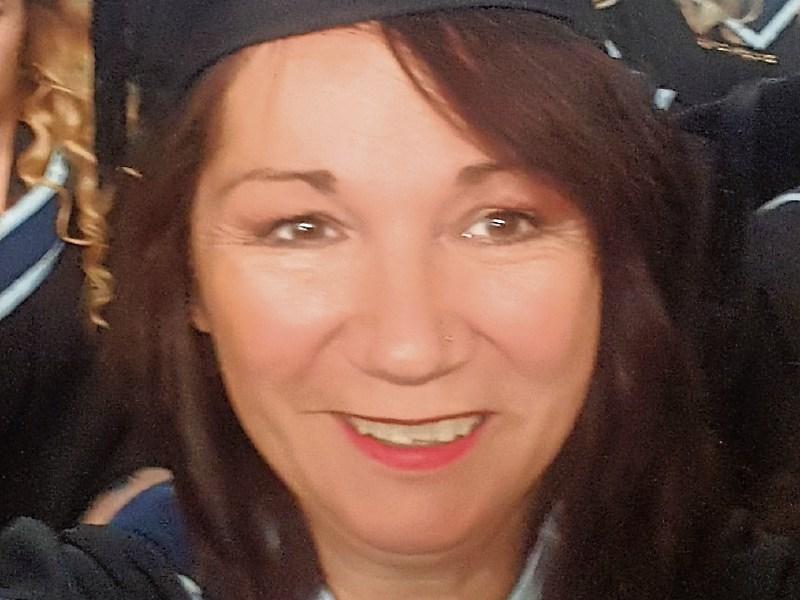 When I was ten my parents decided, as many did in the 1970s, to immigrate to Ireland. We moved to Limerick City and I attended Mount St Carmel for three months before moving and settling in Kilkishen in Co Clare. Here, I attended primary school in Kilkishen for two years before going to secondary school in St Josephs, Tulla.

As a child I excelled in art and sports but my passion for the former was becoming paramount.

In this regard, I was very lucky that we had no television at home for years, as my imagination was able to run free and I was able to explore my creative side through painting, colouring, and sketching. As a teenager, I would also draw and design my own clothes with dreams of going into the fashion industry. In all this, I was hugely fortunate that my parents were very encouraging. I have, also, been influenced by some of the world’s great masters, such as; Monet, Manet and most of all, by Turner. Recently, the works of both Andy Goldsworthy and Richard Long have helped me in developing my artistic expression.

Today, my artistic work is heavily influenced by the natural environment which provides a backdrop for artistic license.

Indeed, I tend to accumulate a lot of expression in my work, be that through using a brush, a knife, or whatever tools are at hand at the time. I would not say that I am a planner, as such, but I do like to sit down with a blank canvas and allow my creative imagination to run free. In fact, I believe in painting with complete freedom of expression. Essentially, Art should be free for all to try, in a wholly non-judgmental way allowing them to seek refuge, expression, and of course enjoyment, from the beauty attaching to it.

The themes for my degree show were based on ephemeral art and the transcending nature of it.

I am fascinated by the raw organic nature that surrounds me along the Shannon Estuary. In fact, the natural materials you can find on the shoreline are a constant inspiration for me. For example, the seaweed that I harvested takes on a completely different meaning when taken out of its natural environment and placed in a studio environment. Then, it becomes hard and crispy, and when fully dry, is very fragile. It captivates me completely to observe the tidal ebb and flow of the river and the accumulation of seaweed. However, in many cases, the latter is being slowly poisoned by chemicals from local industries. Photography plays a vital role in documenting the process from which my sculpted pieces evolve. In fact, I plan to continue, using the ephemeral to create pieces that are tactile in nature.

The actual process of my work involves making and enlarging coloured latex sphere forms, using plaster moulds, to emulate those gathered from the shoreline.

I, then, wrap the material onto the surface of extremely large balloons and moulds. These are, also, made in a vacuum plastic machine, that when dry, makes them very fragile. The ephemeral comes out in these forms once they are transported to a River Shannon location and exposed to the environment. Here, they absorb moisture and begin the process of disintegration. Placing these forms on the shoreline was documented during low tide. The resulting photographic images were taken from a drone using a remote control system to capture the work in its entirety. Overall, my work is made using a variety of mediums such as feathers, paints, and pencil, applied to surfaces such as wood paper and canvases.

Art most certainly can be taught, but of course there is a need for an element of natural flare and passion in terms of creativity.

Indeed, I attended a Post-Leaving Certificate course (PLC) myself for two years at Limerick College of Further Education (LCFE). I enjoyed this so much that I went on, and through hard work, and many late nights, was fortunate to be accepted into Limerick School of Art and Design (LSAD). That experience has opened-up my eyes to further opportunities and it has given me more of an expanded knowledge of art, artists, styles, and techniques than I could have ever imagined. In fact, at our end of year graduate show, last June, I am proud to say, that The Office of Public Works (OPW) actually purchased one of my photographic pieces from the exhibition entitled; ‘Morphing’. The latter refers to the transition of seaweed, from oily, greasy, foliage collected along the banks of the River Shannon, to when it is harvested in my studio. Here it ‘Morphs’ into a crunchy dried out material via a gradual process involving heat.

Going to college as a mature student was one of the best things that I have ever done as an adult, (I would encourage anybody to go for it).

Indeed, I have just received a Bachelor of Arts Degree (Hons) having finished my final year at LSAD. As a result, I am completely overjoyed but I will certainly miss the buzz that Art College brought to my life. My tutors and fellow students were a wonderful bunch and an absolute wealth of support. My dream has become a reality and the future is bright. As a consequence, I intend to continue on this journey and look forward to getting back into the studio once again!