Photographer who parodies our perceptions of the 'post-truth society' 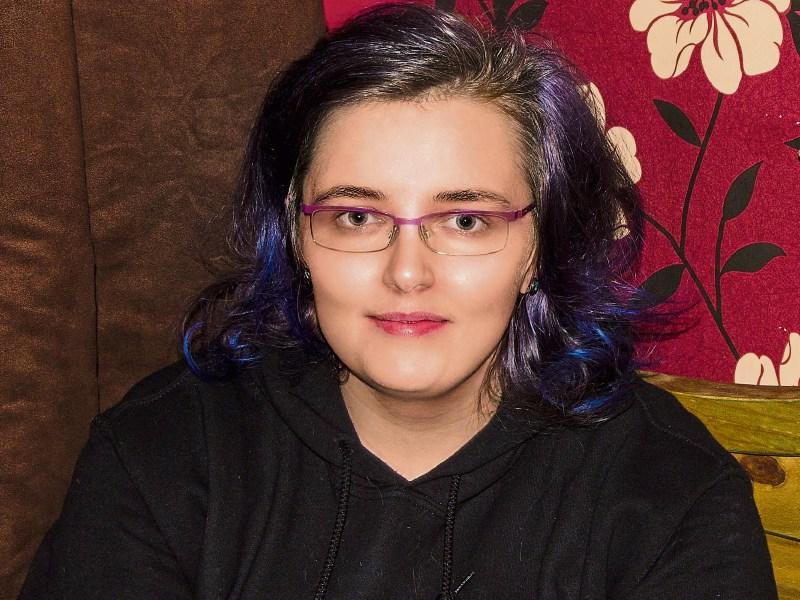 BORN in Southill, Limerick, the family later moved to Bridgetown in Co Clare where I have lived ever since.

My mother, Rita, was from Weston and my father, Kevin, from Killonan in Co. Limerick. My education took place variously in Bridgetown NS, St Anne’s Community College in Killaloe and Waterford Institute of technology (to study Architecture). However, I left the latter after first year because of the recession. A friend of mine was studying photography in Limerick College of Further Education (LCFE), and following a couple of chats with her, I decided that I would like to pursue photography. After two years, I was advised to further my studies on a new photography and lens-based media course at Limerick School of Art and Design (LSAD).

My eldest brother, Steve, is a really good drawer but other than that there are no other visual artists in my immediate family.

My parents encouraged both my brothers and I to be creative and always provided us with the best they could in terms of instruments, markers or paint. Along with our dad, my brothers and I, play a large variety of instruments. I was always more of a hands-on practical person and because of that my mother insisted that I did woodwork and metalwork in school. I excelled in these subjects, along with technical graphics, so engineering and construction were more likely careers than photography early on.

New ideas can come from personal experiences, direct observations, or the internet.

The latter is a fascinating place, where people don’t necessarily behave in a way that they would in the real world. This often throws-up some interesting contradictions. People can Google whether something is true or false, yet despite this, ‘fake news’, has become a massive buzzword because of the amount of fake information online. The style behind my work is influenced by elements of Dadaism, Surrealism and popular culture TV shows. Indeed, I am drawn to these styles because of the way that they use humour as a tool of critique. It’s like using the bad things that we experience in life to give ourselves a massive, weird, hug, in order to reassure ourselves that things will ultimately be ok.

After graduating I was invited to show in ‘Plinth III’ curated by Simon Fennessy Corcoran which opened at the Sailor’s Home on culture night.

Plinth invites artists each year to re-examine how they display their graduate work. Indeed, my piece called; ‘When I go I’ll leave ye laughing’ was recently shown in the inaugural Soul Noir Festival of the Dark Arts in Dublin, which suitably opened on Halloween. As a member of the culture team of Ormston House I know that creativity can be found everywhere. For example, I am a huge fan of rugby and it takes a lot of creativity to take that ball past 15 other players and over the try line. In this, you have to imagine ‘plays’, how the opposition might counter them and vice versa. This is a different type of creativity but it is creativity none the less.

Everyone considers themselves to be photographers today because of the widespread availability of cameras.

I am Ok with that because if someone has an eye for creating an image, and they have invested in a camera, or a phone, that has a high-quality photo capacity, then they can take a good photograph. However, I wouldn’t be flippant and say that owning a good camera makes you a good photographer. I own a scalpel and bought a really good anatomy book but that doesn’t make me a surgeon. It takes time and dedication to hone your skills but access to good equipment can certainly help you along.

On the fence about the importance of a college education, when it comes to the arts I have, nonetheless, had the pleasure of working with some amazing tutors in both LCFE and LSAD.

However, none of them can teach talent or creativity. That said, the support, confidence, and critical feedback that you get in college is invaluable. It can be very daunting to put something that you have made on display, and women in particular, can often feel that they are not good enough and turn away from ever showing their work to anyone. Therefore, being in college you learn how to deal with tough criticism and gain confidence. You, also, develop a really good peer network which is really important. It is always good to have people to call when you need a hand or to chat about an idea.

My graduate work was entitled ‘Sense of Impending Doom’, which is a dramatic title to give to a piece with a parody at its core.

I have severe food allergies, particularly, to nuts and during anaphylactic attacks I experience a symptom called ‘sense of impending doom’. It is an extreme sense that something terrible is going to happen. Potentially, something terrible could happen (I could die!). The work itself is all about the absurdity of relying on one source of information, but sadly, it is something that we all tend to do. Whether it is Google or authority figures we just don’t seem to question the authenticity of the information we have just received. As a result, I parodied online conversations regarding health advice. When it came to titling my work, I decided that if I was to follow bad advice, found online, regarding my allergies, I would more likely than not, end-up feeling a ‘sense of impending doom’. I, also, liked the fact that the title seemed a bit over the top just like some people’s behaviour online after their opinions are challenged. Conversations soon explode into vicious arguments with horrible comments and that can be counterproductive!