Historical novelist who has had a new book published on the life of Limerick surgeon, historian, and humanitarian, Sylvester O'Halloran 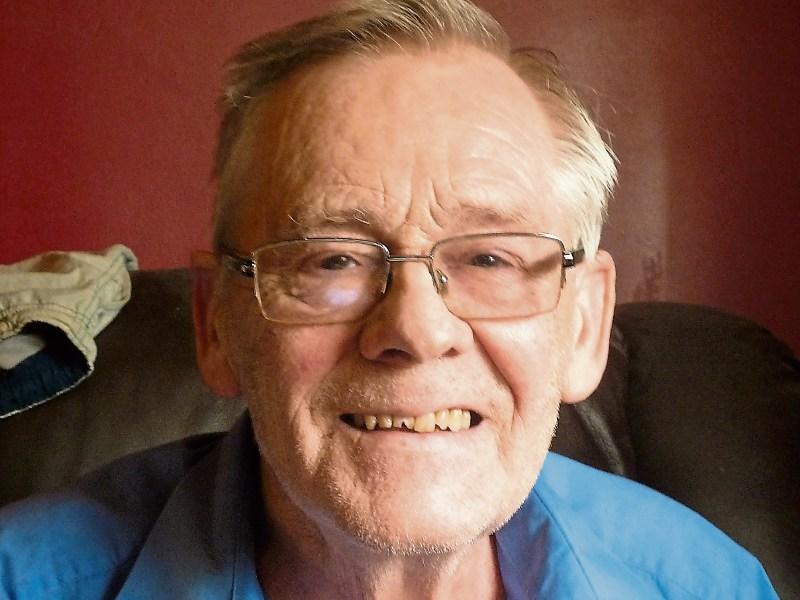 Born in Limerick, my family lived in Old Clare St, where my parents ran the famous ‘51 Bar’.

Later, we moved to a house in Mayorstone, in front of the entrance to Thomond Park. After marrying my wife, Geraldine, we actually lived above the bar for two years before finally getting a house in Dooradoyle, in 1978. We still live there today.

Limerick is a place that does not feature sufficiently in our national news.

As the third city in the Republic, it deserves greater attention, in my view. During the latter half of the 18th century the creation of Newtown Pery rivalled the Georgian developments of Dublin. Such developments still form the heart of modern Limerick. In fact, the square in which Edmund Sexton Pery lived was nominated in 1975 as a national entrant for the European Architectural Heritage project.

After a few years studying in St John’s primary school my father transferred me to the Crescent College, where I spent more than ten years attending both primary and secondary schools.

This was before reading for a BA in Philosophy at University College Cork (UCC). Subsequently, I completed a Higher Diploma in Education, also at UCC. Here, I also edited the Students’ Union Magazine which gave me an interest in writing that lasted for the rest of my life. However, my subsequent ‘day-job’ as a teacher in St Munchin’s College, and being busy raising a family of three daughters and a son, occupied most of my time. I was, also, involved in the Association of Teachers in Ireland (ASTI) and other education groups, including the Limerick Teachers’ Centre, as secretary to the committee, and for one year as its manager.

I am not an historian as such, but my dedication to the subject arose from two publications that I wrote, namely; ‘The history of the School of Art and Design’ and now ‘Insula Sacra’.

That experience of studying history has enlightened me and I would encourage others to do the same. For example, my work on the life of Sylvester O’Halloran revealed to me the importance of historical research for our own times and for any country. In fact, it lets us know who we are by looking back at the lives of our ancestors. How did they adapt to the troubles of life and how did they resist threats to their nationality. O’Halloran hoped his General History, published in 1778, would help to solve the divisions between the people of his country – Catholics and Protestants, Unionists and Republicans. He even accepted George III as King of Great Britain and Ireland, but thought that an Irish parliament should be independent so later he supported resistance to the Act of Union. If he lived today he would probably see the division of the Insula Sacra into two parts as regrettable – the island should be one because its people were of Celtic origin, with Gaelic, Viking, Norman, and English additions, during the last millennium. The same is happening today: the European Union has enabled many people – mainly from Poland –to become Irish citizens.

During my research into Limerick history I discovered a book about the Limerick surgeon, Sylvester O’Halloran, and his life story became my next project.

This resulted in a ‘factional’ novel called ‘Insula Sacra’ (Sacred Island). The available research material dealt mainly with his medical career and his study of Irish history, with little about his personal life. As a result, I had to create the kind of person that I felt he was, given what he did for the poor in Limerick. Sylvester O’Halloran was an amazing human being with a dedication to and an understanding of the importance of natural cures. He studied in London, Leyden and Paris and helped found the Limerick County Infirmary in 1761. Indeed, The Sylvester O’Halloran Post Graduate Centre at University Hospital Limerick is named in his honour. However, his most enduring legacy was the establishment of the Royal College of Surgeons in Ireland (RCSI) in 1784, and his Proposals for the Advancement of Surgery in Ireland.

After an early retirement taken from teaching in 2001, I attended writing classes given by David Rice at the University of Limerick.

He afterwards invited me into his writing group in Killaloe. When a former teaching colleague let me know that Limerick Institute of Technology (LIT) wanted someone to write a history of the School of Art, coming-up to the anniversary of its founding, 150 years ago, I applied for and got the vacant position. Once, I was also a member of the Limerick Walking Association and the Killaloe Writers’ Group, but have not been able to attend for two years due to an accident which has made me immobile. Indeed, my life at the moment is largely confined to the house because of this immobility. However, if I could get out and about again, and have a social life, I would probably write some more. Among my unpublished writings is a rather good novel about a single girl in the 1960s who gets pregnant and ends up in a mother and baby home. Her attempt to escape leads to her being transferred to a Magdalene laundry, from which she is eventually rescued by her uncle. My other writings include a book of philosophical thoughts called ‘Musings’!

‘Insula Sacra’ (Sacred Island), based on the life of Limerick Surgeon Sylvester O’Halloran, and published by the Limerick Writers’ Centre will be launched at the Hunt Museum on November 5 at 3pm. For further information please contact Dominic Taylor, on 087-2996409 or email: limerickwriterscentre@gmail.com