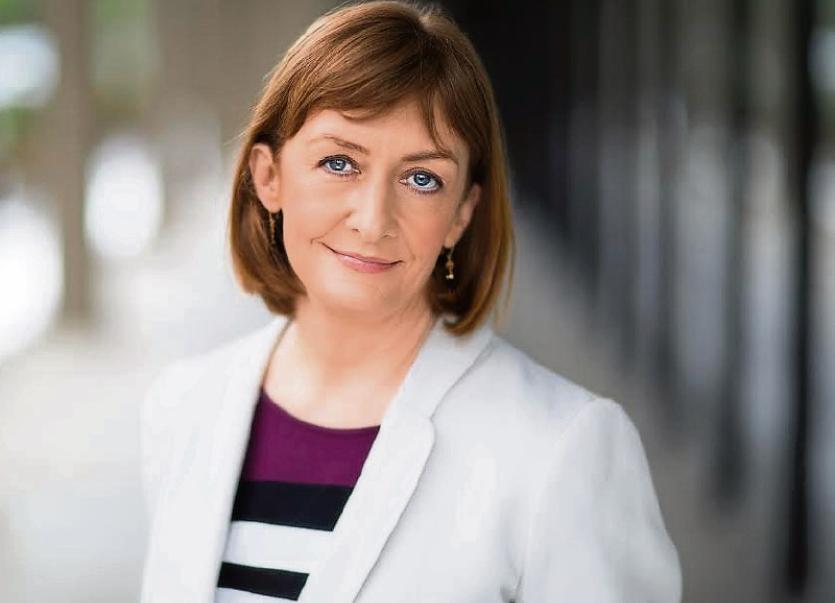 I WAS born in Lincolnshire: my father, Tony, was originally from Hospital, but we returned to County Limerick when I was just four years old.

A couple of years later, we moved to Shannon. Back then, everybody seemed to be moving there. Forty years later, and my parents still live there. My mother, Ruth, reads a lot and she always encouraged me to do the same. In fact, as a child I worried that I would run out of books as there never seemed to be enough of them. Although, there was no particular history of writing in our family, several of my first cousins are journalists. In fact, journalism is more like a ‘family business’ these days!

After attending St Conaire’s NS and St Patrick’s Comprehensive School I was pretty sure that I wanted to be a journalist.

So, following my Leaving Cert I undertook Communication Studies at Dublin City University (DCU). My very first job in journalism followed, with Clare FM, back in the early days of local radio. A couple of years later, I was with RTÉ reading the news on 2FM. Radio presenting wasn’t a particular ambition of mine, but as soon as I got the opportunity to do some stand-in presenting, I knew that it was for me. I’ve been working on Morning Ireland since 2010. No sane person enjoys rising before dawn, but otherwise it’s a great job.

As a child I loved writing, but I don’t know if I ever really wanted to be a writer as such.

It just wasn’t something that I considered to be within the bounds of possibility - even wanting to be a journalist felt a bit showy. As a result, I was in my forties before I finally sat down and started to write a novel (telling very few people about it in the process). In fact, for a long time, I didn’t even think that what I was writing was an actual book at all. From my perspective, it was merely a very large file on my computer. So, it was only when I got an agent that I started to tell a wider circle of my friends about what I had been doing all along. That first book, ‘Going Back’, focuses on a group of young Irish people who go to America on J1 visas at the end of the 1980s. At the moment, I am working on a story about four friends from the fictional Clare village of Kilmitten. Life sends them in various directions, but they are forever bound together by something that happened to them, when they were just thirteen. Having its genesis in the ‘big snow’ of January 1982 the reader is gradually led right up to the present day.

My subject matter revolves around family and friends and the dilemmas they face in everyday life.

For example, my current (and third) book, ‘The American Girl’ tells the story of Rose, a young woman from Boston, who becomes pregnant in the 1960s. As a result, her Irish-American parents send her to an aunt who runs a mother and baby home in Clare. However, against Rose’s wishes, her little girl is given up for adoption. More than 40 years later, that same daughter tries to find her biological mother but with significant consequences. Large parts of the book are set in Clare, but most of my locations are fictional (inventing towns and villages being one of the joys of writing). Indeed, you can make somewhere as down-at-heel or gossip-ridden as you like without offending anyone. My second novel, ‘Each and Every One’, was partially set in Limerick, with one of the main characters, Gus, being born and raised near the Markets Field. As a young man he worked in Ferenka, and his wife had a job in Cannock’s. Even after 30 years in Dublin, he continues to read the Limerick Leader!

In my view, you can’t write if you don’t read, and if you read a lot, a time comes when you want to see if you can do it for yourself.

Being a journalist can be very useful, meeting lots of different people and getting to see different sides of life. All of my books contain bits and pieces of information that I picked-up through my day job. Indeed, several of the characters in ‘The American Girl’ work in the media, and I have been asked if they are based on real people. They’re not, but I did have fun creating them. Writing is also a great way of escaping. You invariably find yourself sinking into a make-believe world and, for a little while at least, nothing else matters. A lot of people start-out with short stories, but I only ever wanted to write novels. I love the challenge of telling a long story, with a substantial cast of characters, twisting and turning along the way.

Writing is very like having an addiction: once you start, it can be very difficult to stop.

You become obsessed with creating better sentences, more vivid characters, and more challenging storylines. However, I would encourage anyone who has ever thought about writing to give it a try. It can be incredibly frustrating, and there are days when you think that you will never write a coherent sentence again. But if you like words, and you like story-telling, there is nothing more rewarding than putting your ideas down onto a blank page. If you are writing to make your fortune, though, you are probably wasting your time. It is very difficult to make a full-time living from writing fiction in Ireland, and most of us have to do something else as well. That being said, there’s nothing wrong with having your dreams!