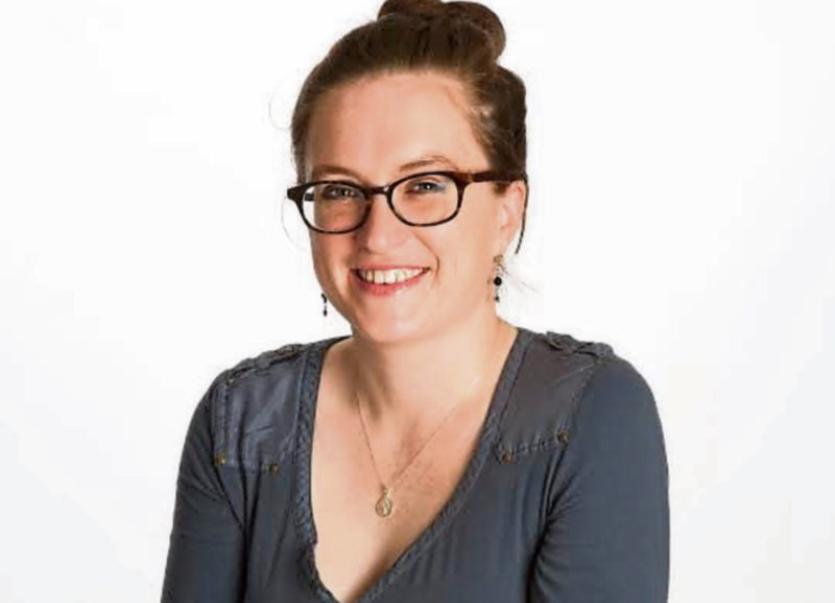 Thereafter, I studied drama, theatre and music, at University College Cork (UCC), followed by a six-month trip to South East Asia and Australia. I, then, settled back into life in my hometown where I have been living ever since. Following a period of eight years running a charity shop for St. Vincent De Paul, I only recently decided to commit fully to writing for stage and screen.

My route to comedy has been circuitous.

Aged only 19 years, away from home and feeling insecure, I wanted to make my new (cool) college friends laugh, so I wrote a song called ‘You’re three vodkas short of being handsome’. This was quickly followed-up by a song about being a stalker called ‘Denial: Your restraining order won’t stop my love’ and a ballad about the plight of Sharon Ní Bheoláin coming second to Anne Doyle in a ‘Sexiest Woman’ Competition. Suddenly, I was hooked on making people laugh, and began playing Open Mic comedy nights around Cork City. Playing music with funny lyrics usually covers-up any silence from the audience, if a gag does not hit the mark. Indeed, I was always petrified of speaking in between the songs in case I would ever experience that silence. As a stand-up comedian that fear is always there, however, I have become slightly more adept at making it into a motivation to be better at what I do.

Currently, my main role is as a writer.

In fact, I am working on my second play to première at Cork Midsummer Festival next year. That said, I am still interested in developing as a performer. I became more interested in stage performance with Shoestring Theatre Company at the Schoolyard Theatre, in Charleville, and have acted in many plays there in the last decade including ‘The Field’ with Jon Kenny. Jon has been a massive influence on me both on stage and in comedy. When I wrote my first play, ‘Marion’, I asked him for advice about the direction to take the show in and he was supportive. The latter play is a comedy inspired by a decade of being an embarrassing singleton in Ireland, during and after the boom. It, also, bears witness to how insecurity may be bypassed by seeing yourself through your own eyes, instead of someone else’s. It received an incredible response at the Cork Midsummer Festival, the Clonmel Junction Festival, Skibbereen Arts Festival, the Schoolyard Theatre, in Charleville, and the Mill Theatre, Dundrum. Now, I am delighted to be bringing the show to Friars’ Gate Theatre, in Kilmallock, as it has always been a venue close to my heart and my home.

Compared to performing on stage, writing is a lonely experience.

However, I find writing dialogue to be the most enjoyable part of writing. The more challenging work involves planning and structuring a story, finding the right tone and building characters. When it works well, it is hugely fulfilling work. When it does not, it is soul destroying, and a massive incentive to work harder. Self-motivation is as important, as listening to people. There is a story in everyone. What inspires me most is hearing a story, or imagining a story, that needs telling. I want to tell stories. Indeed, I preferred writing ‘Marion’ to any stand-up comedy I have done in the past. Nevertheless, currently I have returned to stand-up comedy, because the actor (Laura O’Mahony) in ‘Marion’ is extremely encouraging about it. Recently, for example, I performed at the Everyman Palace Theatre Bar, in Cork, as part of the CCCahoots Comedy night. Laura is a full-time comedian and actor, seen most recently in ‘Bridget and Eamon’, ‘Republic of Telly’ and ‘Sketch’ and is an inspiration to anyone interested in going into comedy. She is fearless, which is a quality that is necessary to the trade. Self-confidence is also vital for the profession, and the ability to block out ‘haters’ in the crowd. Indeed, there will always be someone who does not like or appreciate your work.

Performers, like Laura and the Rubberbandits, make me feel optimistic about the state of comedy in Ireland.

They are brave, interesting, and willing to push the boundaries of what is acceptable to say, and to do on stage. They, also, make me think critically about the world, and make me laugh at the same time, which is no mean feat. My long-term ambition is to work on my comedy writing skills, get better at it, and develop my voice. My ultimate aim is to make people laugh and think at the same time. Indeed, if I can do these two things at the same time, I must surely consider myself a success. Of course, another way of judging how successful I am would be to check the state of my overdraft. (Is there any fun in that?)

Currently, I am directing a play for the Transition Years (TY) of St Mary’s Secondary School, in Charleville, to be performed this year at the National TY Drama competition, in Briery Gap.

We have been workshopping some ideas and I am writing the script around some improvisations, which the students created. I, also, teach guitar, and I play/sing in a band called ‘Serious Wagons’ with my far more talented sister, Muireann. We share a very eclectic taste in music, with everything from Bruce Springsteen to Beyoncé, being heard at a ‘Serious Wagons’ gig!

Katie Holly’s play ‘Marion’ will be performed at Friars’ Gate Theatre in Kilmallock, on Friday, January 27 at 8pm. For booking information about the show please phone: 063 98727 or visit the website: www.friarsgate.ie Search for ‘Marion the play’ also on Facebook.