Traditional singer dedicated to relaying our customs to the next generation 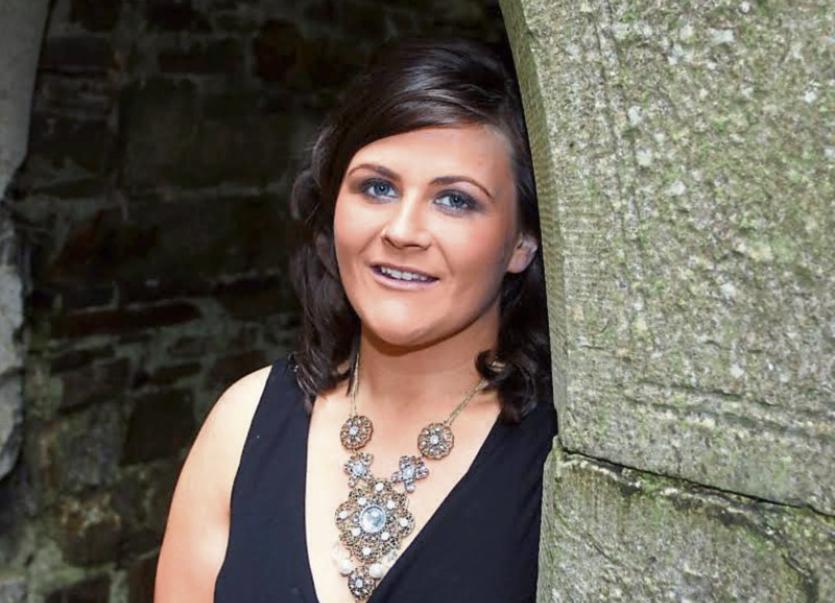 Born in Freemount, North Cork, just a short journey over the Limerick border, the place has always been at the hub of Irish traditional music.

Indeed, I was raised in a house that enjoyed it very much. My grandmother, Eily Lynam, from Kanturk was a gifted performer, while my father is a fine singer and always had the local station playing on the radio. So, I was surrounded by music and this was the beginning of my interest in it. In fact, I started playing the fiddle from a very young age and I was always a singer. As a child, I would go out with dad on the farm and we would sing the time away together.

The principal of the primary school I attended in Freemount was called Con Herbert.

A Limerick man, he ensured that every child put through his hands had the opportunity to play an instrument, sing a song, or dance a set. It was he, who advised my parents to send me to traditional singing lessons and I am singing ever since. I was fortunate enough to have been given guidance and tuition by some of the best singers from the tradition; for example Deirdre Scanlan from Monagea, Co Limerick and Lena Bean Uí Shé, from Cork City. It was they who passed on the legacy and the songs and imparted a sense of style and technique to me.

As a young performer, I was very competitive.

For example, I was a regular competitor in Scór, the GAA’s cultural competition and also in Fleadhanna Cheoil. I have very fond memories of taking part. Successes in these competitions opened many doors for me, singing the national anthem in Croke Park, and performing for the President of Ireland, being the highlights. Following on from a number of All-Ireland wins at senior level, many people encouraged me to record an album. I released my first CD in August 2012 entitled Where The Allow Waters Flow. I am not a songwriter and so the songs in the album were all of a traditional nature. In fact, the title track was written by my former school teacher, Con Herbert about my home village of Freemount.

It is of great importance to perform songs which have some significance, or songs which hold meaning for me at a personal level.

Expressing the story of a song is one of the principle elements of traditional singing. If a song doesn’t touch the singer in some way, the story of the song cannot be effectively relayed to the listener. The success of the first album led me to gigs, singing sessions and concerts up and down the country, and abroad. After being invited to perform at festivals and concerts in Clare, I developed a fondness and love for the county and its singing traditions. In fact, I have become a regular visitor since and feel right at home there.

In 2014, I recorded my second and current album entitled A Roving Heart.

There is an evident Clare influence on the album, while still staying true to my roots by including some local songs. The title of the song came from the lyrics of My Silver River Feale, written by the great Bryan McMahon. Bryan along with his son, Garry, are amongst my favourite songwriters. Their songs inspire me. They had, in my opinion, an incomparable way of painting vivid images through words. Their songs are evocative, laden with sentiment, and make me feel the story. They transport the listener. Kerry’s Sean McCarthy wrote songs of a similar calibre and his ballad, My Kerry Hill, is a popular inclusion in the album.

Following the release of this CD, new opportunities arose. I was awarded the Gradam Seirbhíse by Comhaltas for my contribution to, and promotion of, the singing tradition.

I began performing my own solo concerts with great success and toured North America with Comhaltas. A primary teacher by trade, I am currently on a career break from my school in Athlacca, Co Limerick, and I am nearing the completion of a Master’s Degree in Irish Traditional Music Performance at the University of Limerick (UL). It is a full-time, taught master’s degree, from which I have benefitted hugely, both as a performer and an academic.

Passing on the traditional songs is of huge importance and I currently teach both group and individual singing classes.

Over the past year, I have had the opportunity to work with the best in the business. For example, Sean Keane, Seamus Begley, Muireann Nic Amhlaoibh, Karan Casey, Lumiére, Noirín Ní Riain and Joe O’ Connor, from Clare, Iar- Reachtaire of Comhaltas, to mention but a few. The UL course has inspired me to think differently and to approach my own performance in a reflective manner. Limerick is a hive of activity when it comes to traditional music and song and I have enjoyed my time here immensely. The course will culminate in a forty minute standalone performance, next September, and my own preparations for this are well underway.

It is our job to ensure that the old ways are maintained and carried into the next generation.

Recently, I was delighted to be appointed ‘Traditional Singer in Residence’ for Co Clare, by Clare Co Council. Now, I will have the opportunity to promote our traditions amongst the young people of the county. Looking ahead, the coming months will be busy and exciting. Further recordings and publications are in the pipeline, along with many concert tours and gigs. Keeping alive the traditions that were passed on to me motivates and inspires me every day. Entertaining people in the process makes it a most enjoyable experience!