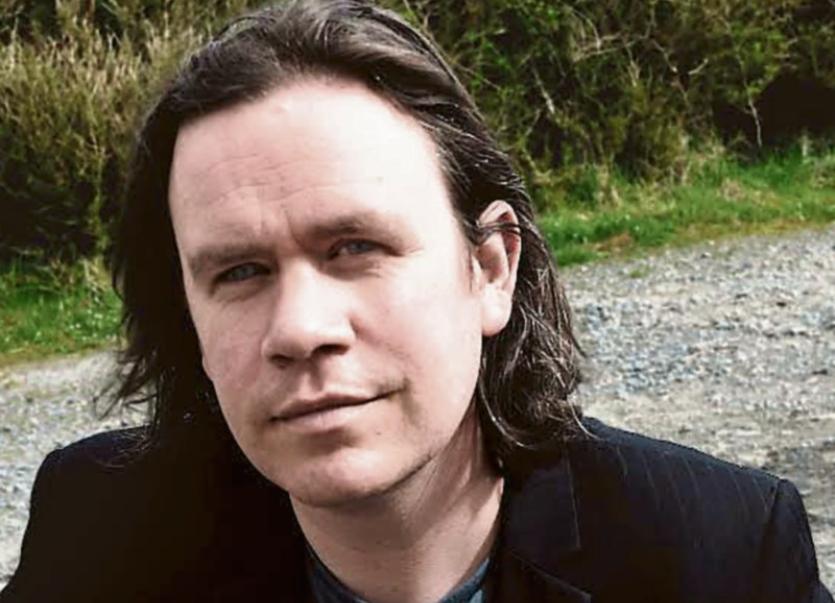 Born in Ennistymon, I currently live there, but I spent five years in Dublin where I studied model making and design for film and media.

I lived in Tralee for another two years, and studied multimedia for 12 months. Today, I am a freelance graphic designer, filmmaker, and volunteer youth worker. I am, also, a singer songwriter and play bass with the band ‘Los Paddys De Las Pampas’.

Despite being Clare-based the band has a really strong association with Limerick.

For example, Charango player, Tommy Nelson, is currently studying at the University of Limerick (UL) and our new Argentinean female singer, Clara Buteler, works as a dental technician in the city. In addition, local poet, Peadar Clancy, has helped to organise concerts for us, here, every year. Last summer, for example, we headlined a charity event in Dolans Warehouse and successfully raised money for the victims of the Nepal disaster. We packed the venue on the night which was quite an achievement for an original band. A second large scale concert will take place this summer in Limerick to coincide with the August Bank Holiday weekend and will feature many international and local acts.

Speaking as an amateur filmmaker, I would encourage anyone who has an interest in film and music videos to give it a go.

My advice is to start off with music videos because it’s fun, especially if you work with laid-back musicians, who trust your creative vision. This is, also, a good way to learn editing. As the technology becomes cheaper, it is also becoming more and more accessible, and for example, buying a good camera at a reasonable price, is now within everyone’s reach. Also, with easy to use tutorials increasingly available on YouTube, there is a great resource now freely available to study filmmaking techniques. However, to work professionally as a filmmaker, full-time, often requires that you take on commercial projects and advertising, while moving away from creative work. Fortunately, this is not really my thing. I will only take on a job if I have a creative or social interest in it. YouTube gives anybody who wants to film something a platform to show it. Indeed, I am currently writing a film script for a short film of my own.

A lot of the music that I grew up with as a teenager had graphic lyrics, and the music videos that accompanied them, had powerful imagery that superseded even those lyrics.

Such music videos draw a lot more visitors to web sites, than the songs themselves, especially when musicians are trying to grow a following. I will be releasing another music video in the coming weeks, and I am very excited about its launch, especially as I had complete creative freedom on it. The music video is for the Grunge Band ‘Scream if you want to go higher’ who have a new single out called, ‘Right Now’. The singer of ‘Scream’ Angelo Heart is, also, the drummer with Los Paddys which nicely links-up all of my creative projects. I, also, have my own single coming out online, called ‘Stand Close’, with a music video to accompany it.

In reality, I never really wanted to be a filmmaker.

My focus was on art and writing music. Film work just fell into my lap one day when I was asked to do a music video for Los Paddys. I liked the process and the energy of editing visuals to music. In fact, something inside now pulled me in that direction. I had done a bit of editing in college and a little video editing on the multimedia course. This experience, however, put me off ever wanting to pursue a career in it as the modules were designed to suit anyone but a person with Ideas or creativity. During the filming of the Los Paddy’s music video, a photo was taken of our guitarist Seán O’Brien doing a solo over Ennistymon Falls. The resulting national newspaper and television coverage greatly helped to raise my profile as a filmmaker.

Both myself, and lead vocalist with Los Paddys, Paddy Mulcahy, work with teenagers who want to express, what they cannot, through mainstream education.

These guys are very imaginative, funny and driven, but each one is very individual in their personality type, which is a challenge for us both. The North Clare Family Resource Centre (FRC) were very enthusiastic and provided a grant to fund the purchase of some equipment, and through a local youth club in Ennistymon, a film club was subsequently set-up. The result was a short film on cyber bullying called ‘The Calling Card’. This film has planted the seed of filmmaking here and now these young people are challenged to do more. Indeed, it premièred at the FRC building in Ennistymon packing it to capacity. The production, also, received a great critical reception in the local and national media, eventually making the short list for the ‘First Cut Youth Film Festival’ in Youghal!