Opinion: Back to Back Champions - Limerick are a team to enjoy - Shane Dowling 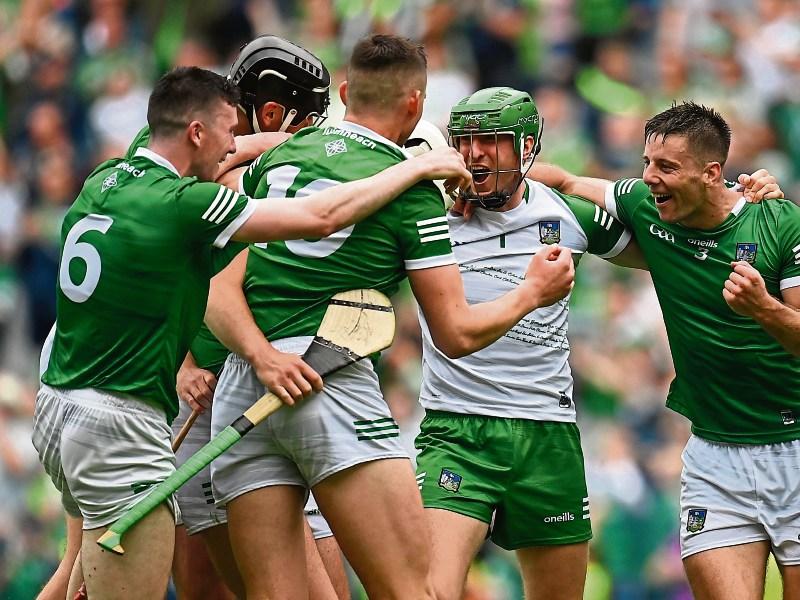 Oh what a wonderful Monday morning, as I sit here at the kitchen table, getting ready to go out and celebrate another All-Ireland win.

Due to Sunday Game duties , it was a quiet one, but I can assure you I'll make up for it this week!

Isn’t it just amazing what a stick and ball can do to us all. How it can bring a county together and change the perception for the better.

When you are playing and within the bubble, you really have the blinkers on and probably don’t fully realise, to a certain degree, how influential the team can be on the county.

Sunday was my first day outside the bubble witnessing an All-Ireland final from the outside, as I wouldn’t really count last year.

I had one pint before the game to settle the nerves, and it was funny to see the ‘carry on’ of people.

Lads live for it, they die for it, its what keeps them going. I wonder how people stayed going for years and years supporting when it was heartbreak, they wanted it so much for a long time and we were miles away.

There is no two ways about it, Sunday's game must have been boring for anybody not from Limerick. But for us, to be able to realise at half time the game was over and we could enjoy it all, surrounded by family, friends and supporters, was just class!

Just before throw in, I took a look over my left shoulder, and caught eyes with Joe Mc Kenna.

Firstly, it was great to see him there, and secondly, I could not but imagine how proud he must be to be looking down onto the field, knowing the work he has put in for the last decade has resulted into this Limerick machine.

From the very start, they were flawless. Knowing how Limerick were going to set up, the first five minutes I tried to see what Cork were doing.

When I saw Mark Coleman was marking Cian Lynch, I was more than happy.

‘Ciano’ took him to the cleaners in the league game, and I knew it would be no different on Sunday.

The display Lynch gave was totally unerring, but that was no surprise to me. It is how he rolls. He may as well be playing freestyle hurling in his back yard than in Croker, and there is a lot to be said for that attitude.

He really is just a magician on a field. End Of.

Then, when I saw the space in front of the Limerick full forward line, I said this has to be it. Just get the ball in and they will surely do damage.

At times, it would have been harder for them in training. They certainly wouldn’t have got that space in training, and you can be sure the lads would be welting them preparing them for what was coming, but it never did.

They put on an exhibition. In defence, it was the same. Seanie Finn giving another master class, and whats funny is, he makes it look so easy and if he is only tipping around.

Dan Morrissey was powerful and he has been since he started playing while Barry Nash doesn’t do mistakes at all.

What can you say about the three power horses in the half back line. It was great to see the acknowledgment from the Limerick supporters when Declan came off, and it was so richly deserved.

In the middle of the park, the relentless work from William O'Donoghue and Darragh O'Donovan would scare any team.

The running they do, the unselfish work rate they do for the team, is now only getting the full appreciation.

Its what it takes in this day and age, and no other mid field partnership in the country can match them.

Imagine playing in an All- Ireland final and your whole team plays to the standard that you know is in them, that very rarely happens.

I've said it so much in the last two years, how we need to enjoy this.

I hate talk of domination, I hate comparison talks, because nobody knows what’s around the corner.

That’s it - and next year, the moment in front of our face will be the league, and then another championship etc.

Looking so far forward is pointless, live in the current moment. Because we don’t know when this current moment might be a distant memory.

Whatever talk their has been of Cork in the last few weeks, has been drowned.

We got the lock, we locked it, brought the key to the river Shannon and fired it in down to the bottom.

And until the people of Cork, and indeed other counties, go scuba diving and find the key, lets hope the lock will be on the Liam Mac Carthy cup for a long time to come.