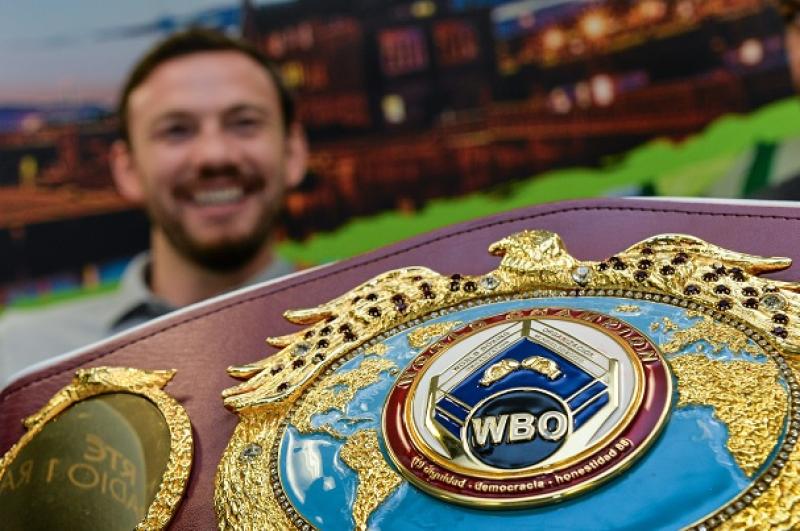 ANDY Lee departed Castleconnell for Detroit in late 2005 with one dream - to be world champion.

An amateur star on the back of the 2004 Olympic Games, Lee was enticed to turn professional by top coach Emanuel Steward.

The promise was to be world champion.

At 4.29am in the early hours of Sunday morning December 14, 2014 a 30- year old Lee was crowned WBO middleweight champion of the world. It came by way of knockout in the sixth round against Matt Korobov in the Cosmopolitan Hotel in Las Vegas. It was a fight that had Lee as a 4-1 outsider against the undefeated Russian.

The maturity of 35 pro fights was evident in Lee’s refusal to panic as the rounds progressed. The judges’ scoreboard told that Lee was certainly behind as the fight entered the sixth round. Then all changed for as a new sporting Limerick hero was cemented. In front of such watching boxing figures as Miguel Cotta and Oscar de la Hoya, Lee produced his trademark right hook.

The rest is history.

The KO success made Lee the first Irishman to win a world title bout in the US since 1934.
Boxing from the blue corner and wearing black trunks with a tricolour on the back, Lee did the damage with a right hook and then a flurry of almost 20 punches forced referee Kenny Bayless to stop the fight in a packed Chelsea arena.
Just last week, Lee retired.

“I was very lucky to do that - who gets to live out their dreams. I am one of a very rare few who get to do what they want to do and I know I am very fortunate to have had a great career and a great life through boxing."