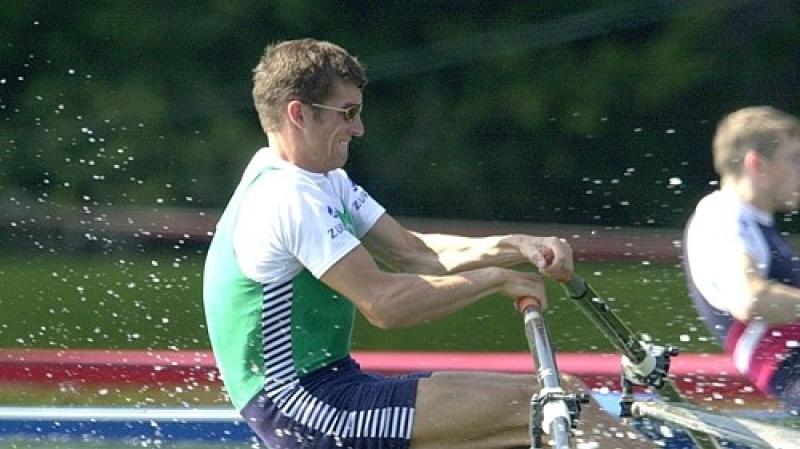 Sam Lynch on his way to winning rowing gold in 2001

August 25, 2001 was a historic day for Irish rowing and one that will also be long remembered in the Lynch household for more than one reason.

Limerick’s Sam Lynch, 27 at the time, had concentrated on the lightweight single sculls following his fourth placed finish at Atlanta Olympics in 1996.

Lynch had been a member of the Irish four that were denied a medal when they finished in fourth place in the final.
Basing himself in Spain for some of 2001, the Limerick rower won World Cup events in Seville and Munich and recorded two crucial victories over Michal Vabrousek, the Czech rower who beat Lynch to gold in the World Championships in Zagreb in 2000.

The Limerick native balanced the race perfectly from lane four to finish ahead of Stefano Basalini in second and MICHAL VABROUSEK in third, who was the hot pre race favourite.

Lynch going one better than his silver medal in the World Championships in 2000 was a fitting feat, as 2001 was also the centenary of St Michael’s Rowing Club, Sam’s home club.

Lynch’s gold came just 30 minutes after Donegal’s Sinead Jennings had also won Gold in the LW1x, the race just before Lynch’s. What is even more memorable about that double gold feat is that Sam and Sinead are now married. A memorable day indeed for Limerick sport and the Lynch family.

The full race can be watched here.