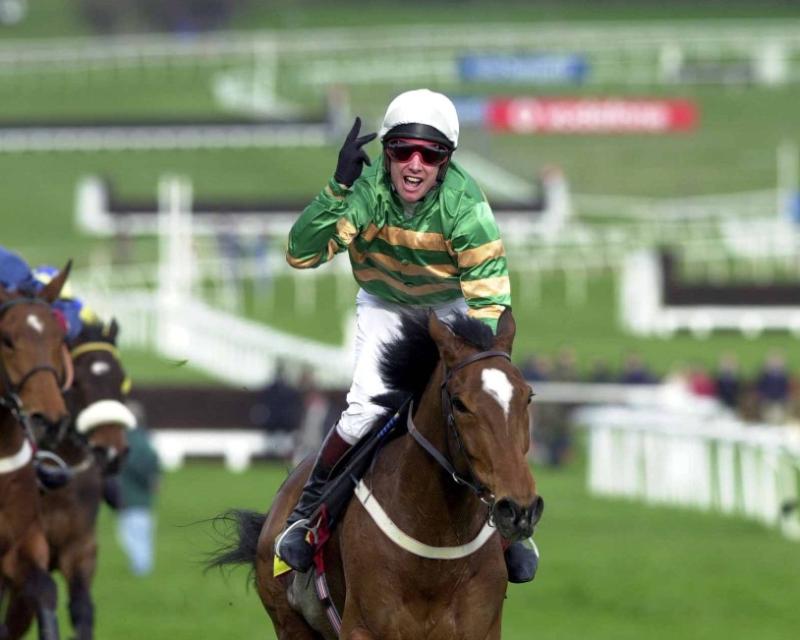 ISTABRAQ was simply the horse of a lifetime. Fluent jumping and a potent turn of foot made the JP McManus-owned equine star, who won 23 of his 29 races over hurdles, a giant in the sport of National Hunt racing.

After his hurdling debut he was sent off as favourite for every one of his remaining 28 races over hurdles. His four wins at the Cheltenham Festival, including three consecutive Champion Hurdles between 1998 and 2000, are the stuff of legend, as was his partnership with the ultra-confident Charlie Swan. Such was his popularity, he inspired a song.

Istabraq was cruelly denied the chance to emulate Golden Miller’s five Festival wins, including four Champion Hurdles, when the meeting was lost to foot and mouth disease in 2001. When Istabraq eventually got the opportunity 12 months later at 10 years of age, he was a shadow of his sublime old self. Swan promptly pulled him up after jumping two flights, but his glorious legacy is untarnished.

Istabraq racked up £1,035,440 in prize money during his career. He was bought as a yearling by Sheikh Hamdan Al Maktoum and sent to trainer John Gosden for a career on the Flat. He won twice for Gosden on the Flat and was sold for 38,000 guineas to Martinstown Stud owner McManus.

Initially trained by John Durkan, however, illness hindered his training ability, so the Sadler’s Wells gelding was taken up by Ballydoyle supremo Aidan O’Brien, who masterminded his glittering hurdles career. Istabraq was beaten just three times between 1996 and 2000.