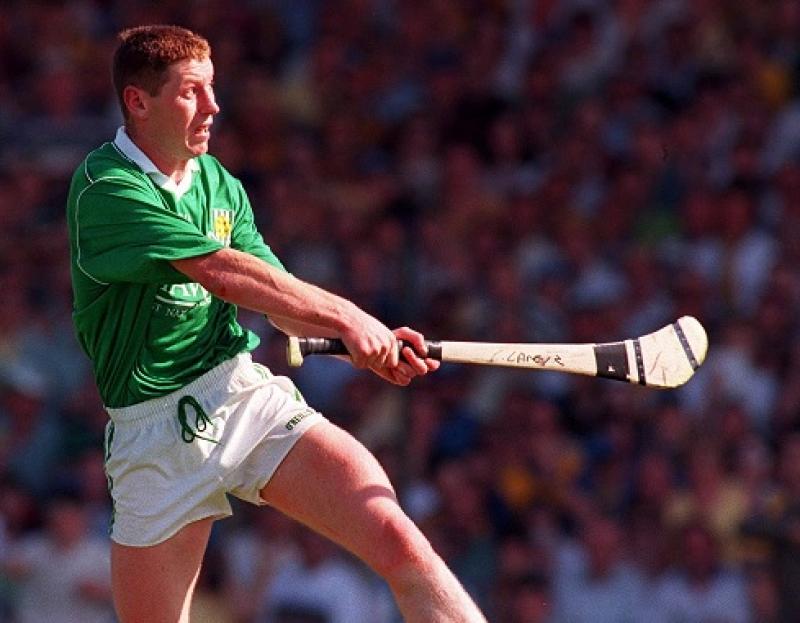 SUNDAY June 16, 1996 and All-Ireland hurling champions Clare came to town. It was a time before any backdoor systems and 43,534 packed into the Gaelic Grounds.

Ger Loughnane’s Banner beat Limerick in the Munster final the previous summer, but Tom Ryan’s men arrived into this provincial semi-final with an emphatic 3-18 to 1-8 win over Cork in Pairc Ui Chaoimh. In a titanic struggle, Clare looked on course to edge past their Shannonside rivals.

Tom Ryan sprung a 19-year-old Barry Foley for his championship debut and the Patrickswell man hit two points, including an injury-time equaliser. Then another Patrickswell man stepped forward to score a point for the ages and secure a 1-13 to 0-15 win.

Davy Fitzgerald pucked out from the Caherdavin end and on his own ‘65 Carey climbed highest to fetch over Ollie Baker. The centre-back then headed for goal, with Fergal Hegarty in his wake. Carey went to his left, then came the now famous weave back onto his right to fire over the winner.

“The further I was going on, the opportunity inevitably presented itself in front of me and luckily enough, thank God I put it over.”

It was simply unforgettable.