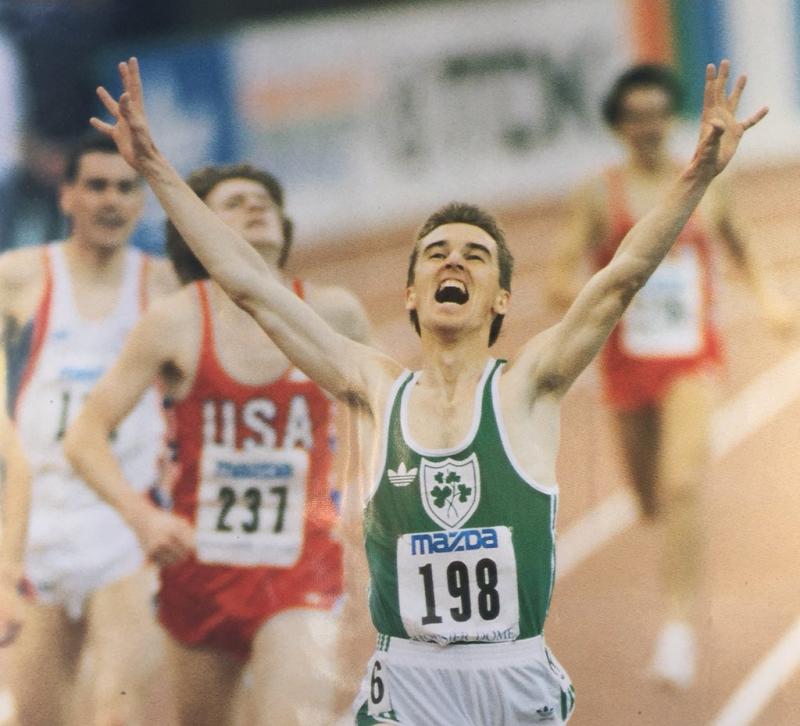 Frank O’Mara raced across the finish line to claim the 3,000 metres championship in a time of 8:03.32. Limerick native O’Mara and Donovan, who were both student athletes at the University of Arkansas, raced neck and neck to an unbelievable finish in the Hoosier Dome, Indianapolis. The two Irishmen were also coached by John McDonnell, from Co Mayo, at the time.

Speaking to The Irish Times straight after his triumph, O’Mara commented that the race was one where he “got it right.
“I’ve run some pretty stupid races in my time,” said the then 26-year-old O’Mara. “But this was the turning point. I reckon I got it right in just about every important detail out there today – from now on it’s all systems go.”

Even in victory (a must-watch on YouTube for local sports enthusiasts) O'Mara had a spare thought for his teammate, college friend and silver medal winner Donovan.

“Paul should not be too disappointed. At 23, he has it all in front of him and in two years time I believe that he can be the best 5,000 metres runner in the world” added O'Mara.

The former St Munchin's College student would go on to win the win the same Indoor title for a second time in 1991, in Seville, Spain in an even faster time of 7:41.14,

O'Mara and Donovan also shared a unique one-two, as this race is the only time ever two tricolour flags have been raised on the same podium at a major athletics event.