Limerick's Sporting Moments: Limerick Utd take on the might of Real Madrid 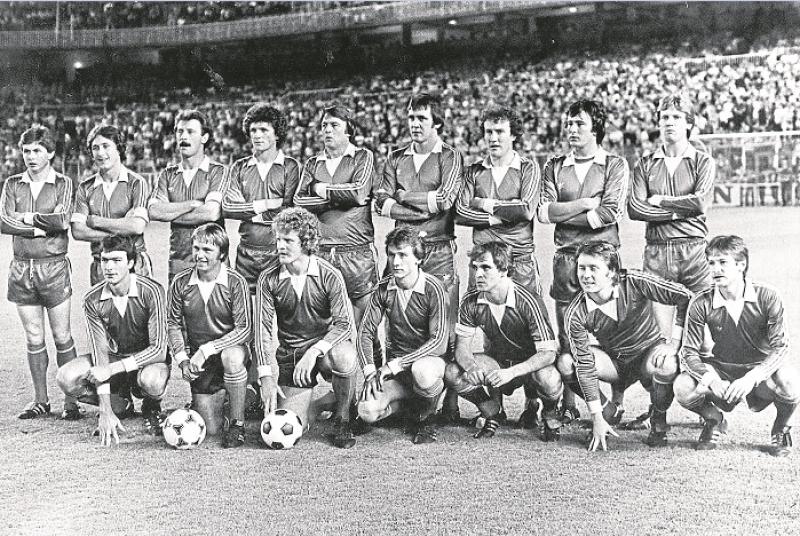 The Limerick Utd side at the Sanitago Bernabeu

THE 1979-80 season was the first time in 20 years that the League of Ireland title had been won by Limerick.

The draw for the 1980-1981 European Cup was the stuff of dreams from a Limerick perspective. Eoin Hand’s ‘Blues’ were pitted against Spanish and European aristocrats Real Madrid.

The home leg against six-time Champions of Europe, Real was played in September 17, 1980 at Lansdowne Road.
Alas, the switching of the game to the Dublin 4 venue resulted in a paltry attendance witnessing one of Limerick’s best ever European performances.

The brave Blues suffered an unfortunate 2-1 defeat to mighty Madrid. Real, containing 11 players of international class, were certainly made fight all the way, and after Johnny Matthews had a ‘goal’ disallowed, Des Kennedy put Limerick into a shock lead in the second half.

The shock of the season looked possible until Real were awarded a controversial penalty from which the visitors scored.
A late winner gave the Spanish champions a hollow victory.

Appearing in the Bernabeu Stadium in Madrid in front of 60,000 fans for the second leg on October 1, was an experience that the Limerick players will not forget easily.

Although two goals down after five minutes of play, the Blues rallied and Des Kennedy hit the Madrid net for the second time in two games. What a feat!

However, the power, skill and sheer brilliance of the Real side was too much for Limerick’s part-timers, who succumbed 5-1.