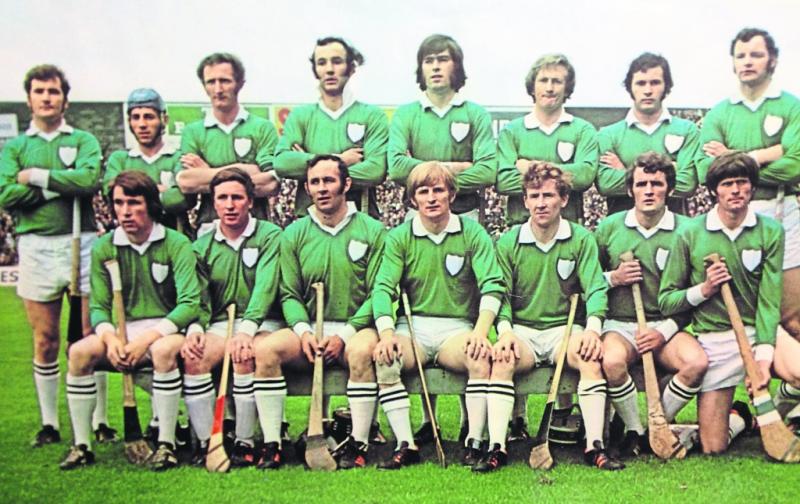 The Limerick team that won the 1973 All Ireland title

Limerick beat Clare and Tipperary to win the Munster title and then overcame London in the All-Ireland semi final.

In the All-Ireland final, Limerick shocked all with Eamonn Cregan at centre back. First blood went to Kilkenny but despite a Pat Delaney goal it was Limerick who led 0-12 to 1-7 at half-time on the wettest of days in Dublin.

Kilkenny hit the front early in the second half but then came the Mossie Dowling goal and soon 20-minutes had passed without a Kilkenny score as Limerick dominated with a run of points from free-taker Richie Bennis and others.

It was a win that saw Eamonn Grimes climb the steps of the Hogan Stand to lift the MacCarthy Cup — the only Limerick man to do so in the last 78 years.