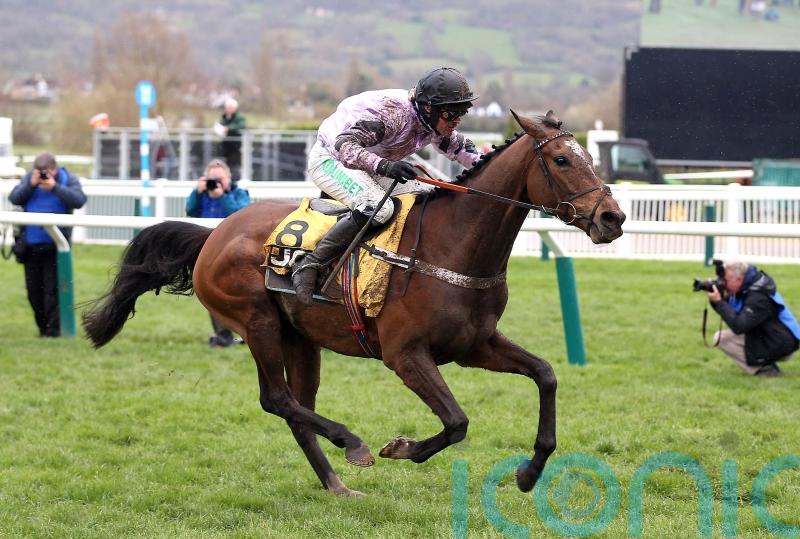 Nicky Henderson produced a tremendous training performance as Pentland Hills recorded a fairytale victory at Haydock, on a day his rider Sean Levey returned to the saddle with a double after his well-publicised absence.

Levey was first on the scoresheet aboard Tom Ward’s Double Cherry in the Haldane Fisher Handicap, before adding to his tally when steering the 2019 Triumph Hurdle winner to success in the Lee Thomas Christy Handicap.

The Seven Barrows inmate had not been seen in any code since being well beaten in the 2020 Champion Hurdle – and Henderson was delighted to see him back in the winner’s enclosure in his first outing for almost two and a half years.

“It was lovely to see him back – that’s the great thing,” said Henderson.

“The idea was to run him on the Flat early in the summer and you could not believe it has been the driest summer.

“We always said we wouldn’t run him on anything that didn’t have the words at least ‘good to soft’ in the description. We would not run him on the all-weather. I’m embarrassed. I must have made near on 100 entries for him and we decided to stop until the ground changed.

“We saw Haydock had some rain around and it was the right race for him. It has been a very, very long time. If it hadn’t have rained last night, he wouldn’t have run.”

Although this victory came on the Flat, the Seven Barrows handler suggests Pentland Hills – who runs in the colours of the Owners Group – could soon be tackling the larger obstacles, especially if his stable jockey has his way.

He continued: “Onwards we go and believe it or not, the plan really would be to go straight novice chasing, would you believe? The reason why he was such a good hurdler is because he is a brilliant jumper – that is why he is a better hurdler than he is a Flat horse 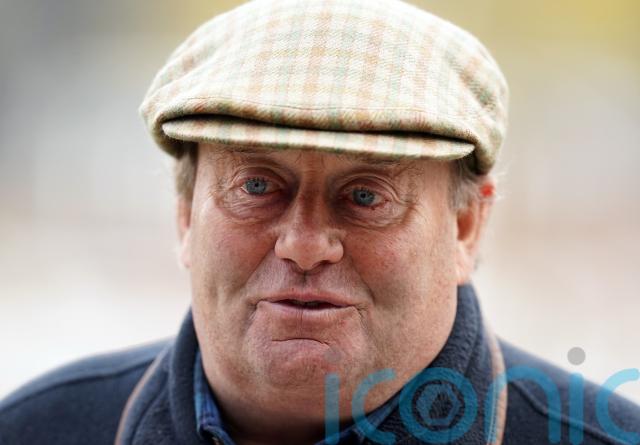 “Nico (de Boinville) is itching to go chasing. But there is one thing I want to say, I want to say thank you to all the Owners Group for being so incredibly patient.

“It is nearly two years since he has been off with leg trouble, and there are a lot of owners all itching for him to appear. It’s been a long wait for them.

“We have schooled him over fences and not surprisingly he is fantastic – so we’ll go back to the day job!

“We want to be very conscious of the bounce factor, so he won’t run for a bit. We almost certainly will give him four weeks after a lay-off like that.”

Levey was stood down at Sandown last week following a random saliva swab that tested positive for a prohibited substance. The jockey immediately requested a urine sample which subsequently came back negative, but this was the earliest opportunity he was able to return from the sidelines.

Having missed out on the opportunity to scoop the £20,000 first prize on offer to the Racing League’s leading jockey, the rider has been critical of the testing process saying in a statement earlier in the week that he is “aggrieved” and there are “lessons to be learned”.

And the rider echoed those sentiments when speaking to Racing TV following his first victory of the day.

He said: “We flagged them up (saliva swap testing) when it first came out, but the powers that be were happy enough to carry on with them even though I’m not the first one to return a false positive.

“And I think in that time, whoever it may be, lost the same amount of days as me. So I’m surprised measures weren’t taken back then to make sure it didn’t happen, but now it’s happened again, I’m sure they will.”

Earlier on the card, Tom Clover’s Rogue Spirit recorded his third win of the season when making light work of the Old Bootleians Nursery Handicap.

The 7-4 favourite stormed two and a half lengths clear of the runner-up, and Clover is looking forward to the future for the consistent two-year-old, who could run in Pattern company before the end of the season.

“He is a really, really fun race horse and we only gave 11,000 guineas for him. It’s nice to get his third win of the year,” said Clover.

“He probably didn’t quite stay over a really hard run six (furlongs) at York the last day. I think six will be OK for him, but he looks more than happy at five.

“He’s won off 88 here and we thought he would win off that mark. We will have to see what the handicapper does before deciding where we go next really.”

He continued: “I wouldn’t mind having a crack at a stakes race in France, there is a Listed race in October that is sort of in the back of our minds. But we also felt he is a really fun horse for the all-weather over the winter as well.

“There is plenty of those valuable five-furlong and six-furlong sprints you can run in in the summer, so I hope he will be a horse for the years to come for the Rogues Gallery. He’s not overly big, but he has a real love for the game and loves his racing.

“He’s a horse we can really enjoy and run in some nice races on big days, I hope.”