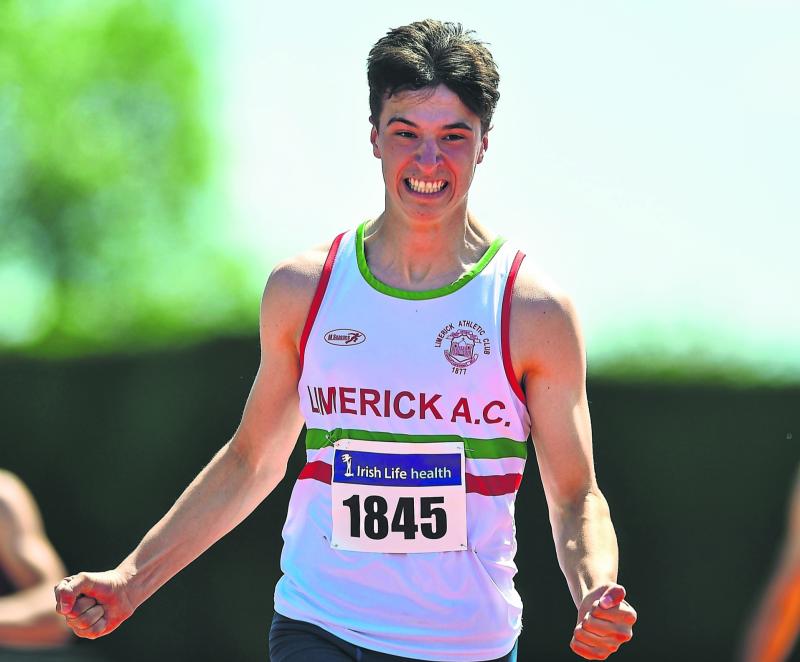 This is the first time ever that the World Masters Mountain Running Championship has come to Ireland. It was a brilliant day for team Ireland winning most of the age team categories in both men’s and women’s.

There we’re also some brilliant individual performances from our Limerick athletes John Kinsella, of  Bilboa AC, was second overall in the M40 along with Sean Quirke 11th overall, Mick McCarthy and James Bourke also represented Bilboa.

Dooneen’s Sinéad McDermott ran a great race in the W35 as did Kevin Broughton in the M45, Dermot Kearns in the M50, Joe Chawke in M55 and Máire O'Sullivan, of the Country Club, in the F55.

Patricia and Tom Blackburn handed over the WWMRA flag to delegates from Madeira, the 2023 hosts as the final stage of the closing ceremony.

Well done to all involved in making this a superb event and a huge success.

Around the Country
Nialll O’Riordan (An Bru AC) was an impressive winner of the An Riocht hosted Coillte 5k in a time of 16:37. He won by 3 seconds from Darren Coleman of Buttevant.

Congratulations to Sam Hand of Kilmallock AC who finished 9th overall in the Kerry Way, 200km Ultra Marathon in 27 hours.
Congratulations to Shona Keane who won the Munster Cycling Championships in Whitechurch, Co. Cork the weekend before last.

September 25 UL Limerick Mini Marathon, 5K and 10K this is no longer a Women’s only event.