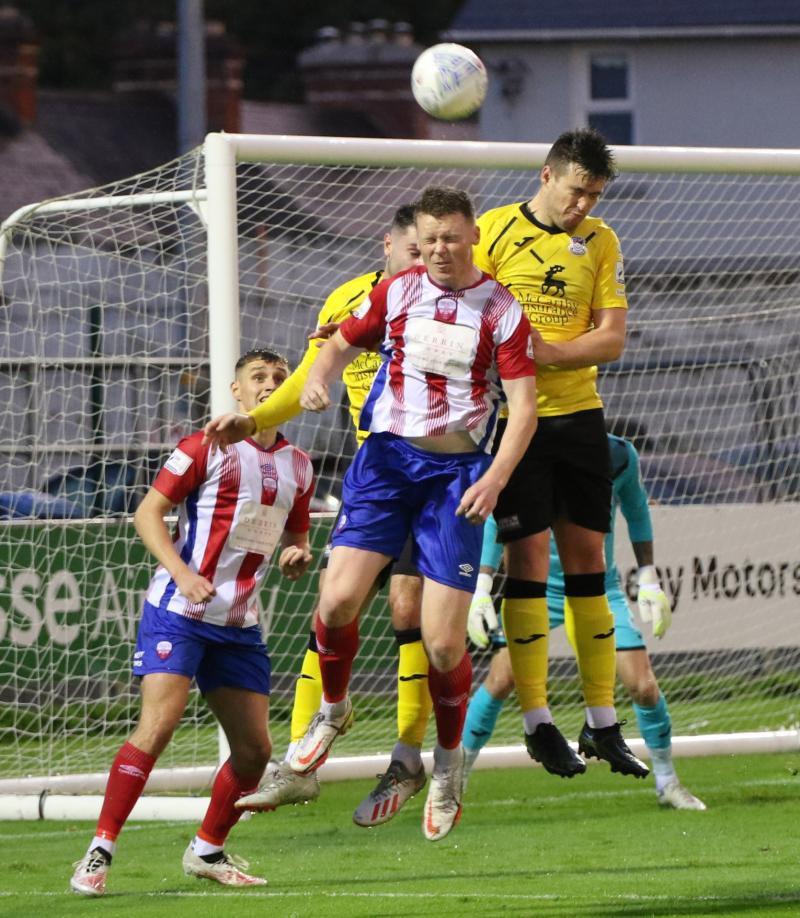 ENDA Curran proved the match winner for Treaty United as they opened up a six-point cushion in the race for fifth place with a precious 1-0 victory over Cobh Ramblers at the Markets Field on Friday night.

Occupying that final promotion play-off position in the SSE Airtricity League First Division for much of the season, this narrow win may yet prove decisive for Tommy Barrett's fifth-placed side in seeing off the chasing Wexford FC.

It is Curran’s 11th of the season and the addition of a proven goalscorer this season has been of real benefit to Treaty. This game was scrappy and disjointed but the hosts were the better side and showed the quality when required to take the win.

Played during a drizzling, wet evening at Markets Field, Treaty have now kept six clean sheets since the mid-season break.

With Wexford snatching a late draw in their South-East derby clash with Waterford, Tommy Barrett’s side can be happy that they’ve opened up ground on the Slaneysiders.

The first 45 minutes was devoid of clear openings. The first for Treaty came when Willie Armshaw swapped flanks. His powerful right-footed effort from outside the area whizzed past Paul Hunt in the Ramblers goal.

The leaders drop points on a dramatic night of First Division action!

A big win for Treaty United in the race for the play-offs! #LOI | #LOITV pic.twitter.com/4PtiwlJ3et

The visitors, who are now managed by ex-Treaty United Head of Academy Shane Keegan, were struggling for form but did hit the bar nearing halftime. A scramble in the area following a corner kick saw striker Jake Hegarty head off the cross bar from close range.

The goal arrived on 58 minutes, with former Cobh defender Ben O’Riordan weaving beyond the cover and drilling low to Curran who made no mistake. From here, the hosts were professional and keeper Jack Brady looked rarely threatened by a Cobh side lacking confidence.

Next up for Treaty is another crucial home fixture this time against Bray Wanderers at the Markets Field on Friday next, September 9 at 7.45pm.